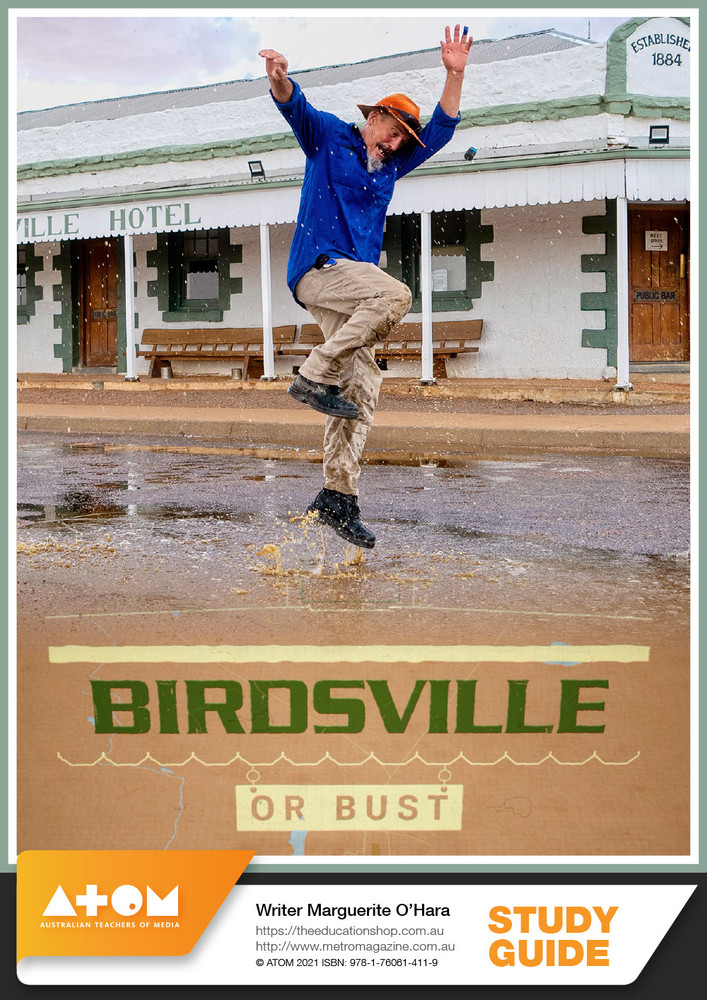 Birdsville or Bust transports viewers to one of Australia's most isolated and iconic Outback towns through an eclectic cast of locals during a turbulent year. Sizzling on the edge of two deserts and three state borders, it features the Outback cop who patrols a beat bigger than Britain, an Indigenous ranger still scarred by the racist past, a scion of a Birdsville dynasty wrestling with whether to stay or go, and a Jewish recluse who lives completely off the grid.

But the silent hero character is this tiny town itself – 100 people, mushrooming twice a year to 10,000 party-goers: for one weekend in September when the dusty desert hosts The Birdsville Races, dubbed 'The Melbourne Cup of the Outback', and for three days in July for The Big Red Bash, billed as the world's most remote music festival.

But it's what happens when the tourists depart, the mercury hits 49.5 Celsius and an army of flies occupies this remote town that is most intriguing... Set against a tumultuous year of change, the town is already in a state of flux when the global pandemic wreaks further havoc … It's Birdsville or bust.

The film is relevant to several curriculum areas and would be suitable for secondary students from year 7 to year 12.

Some schools may still be teaching a hybrid course – Studies of Society and Environment. This film would tick many of its learning aims and emphases as the environment in Birdsville is constantly rubbing up against the society and the environment.

The National Curriculum areas of Geography and Australian History, both before and since 1788, suggest students explore places and societies that are quite unlike those they live in.