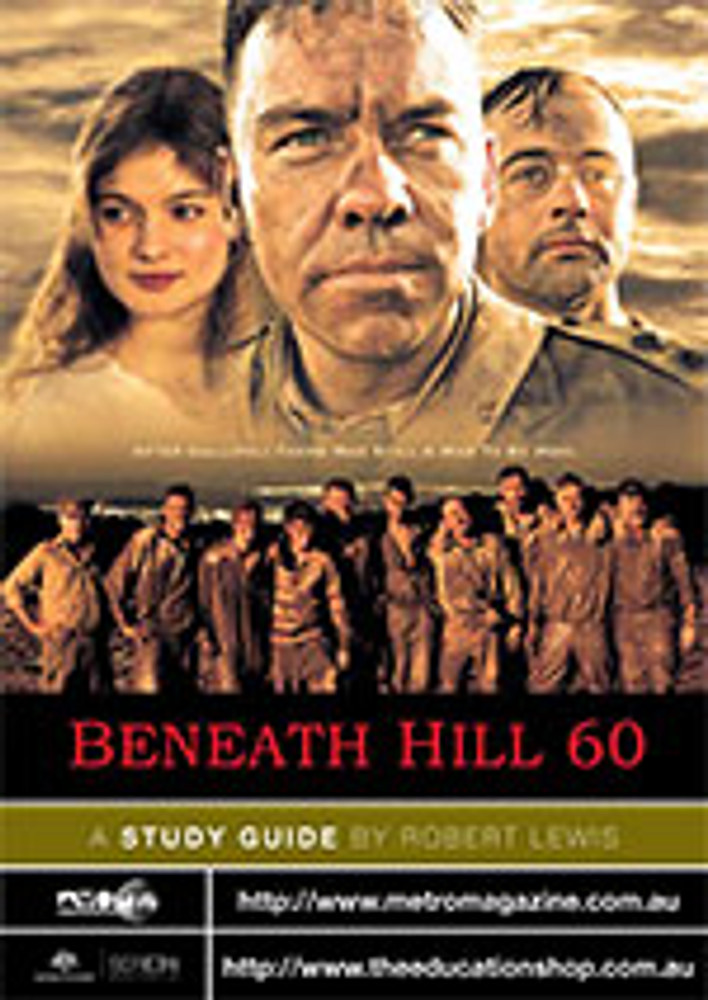 Beneath Hill 60 (Jeremy Sims, 2010) is an Australian feature film set underneath the trenches of World War One. This never-before-told Australian story takes place during 1916 and 1917, when Queensland miner Captain Oliver Woodward (played by Brendan Cowell) – under-trained and never having faced hostile fire before – finds himself on the Western Front, the bloodiest battlefield in history.

His new fiancée, seventeen-year-old Marjorie (Bella Heathcote), has pleaded with him not to enlist. She has only just discovered love and cannot believe that it could be taken from her. But men with Woodward's underground skills are desperately needed so that a deadly German offensive can be countered.

The film is based on the memoirs of Captain Woodward of the 1st Australian Tunnelling Company, which was responsible for the mines set under 'Hill 60' – an elevated point that dominated that part of the killing fields of Belgium. The tunnellers' bravery in developing these underground mines and the subsequent massive explosions broke the gridlocked trench warfare of the previous three years.

Young German coal miners Ernst Wagner (Marcus Costello) and Karl Babek (Kenneth Spiteri) have also been thrust into the war. They have been brought, along with thousands of other men and boys, from the mining villages of Bavaria.

The soldier-miners from both sides drive their narrow tunnels under 'no-man's-land'. Attempting to outmanoeuvre and undermine each other, they create a great labyrinth of tunnels. It's a silent and savage war where one tiny sound can turn a man from hunter to hunted, and where skilled listeners are more sought after than fighters.

After two years of claustrophobia, bloodshed, triumph and heartbreak, it all comes down to a single moment. As infantrymen quietly fix bayonets in the darkness, Oliver Woodward crouches in a muddy bunker preparing to press a detonator that could change the course of the war ...

'Beneath Clouds' (A Study Guide)

Beneath the Waves (ATOM Study Guide)

Beneath Hill 60: A Study in Contrasts