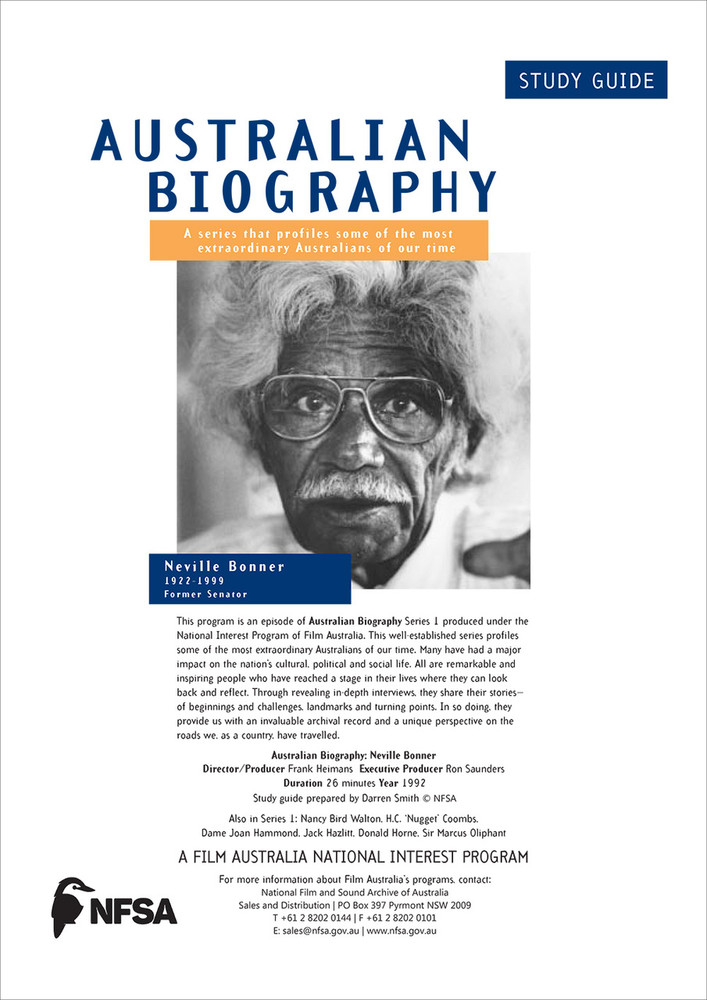 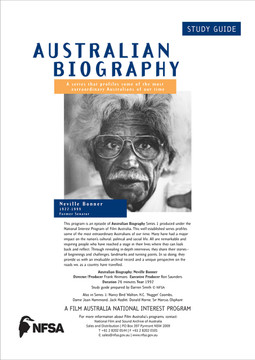 Neville Bonner grew up on the banks of the Richmond River and started his working life as a ringbarker, canecutter and stockman. He spent 16 years on the repressive Palm Island Aboriginal Reserve where he learned many of the skills that would help him later as a politician. Bonner became the first Aboriginal person in Federal Parliament, representing Queensland as a Liberal Party Senator from 1971 to 1983. He crossed the floor 23 times to vote against his own party  and in 1982 the Liberal Party demoted him from first to third place on the Queensland Senate ticket. Bonner resigned from the party in fury, stood as an independent, but was not re-elected. He later became a Board member of the Australian Broadcasting Corporation. Neville Bonner was the author of several books including Black Power in Australia; Equal World, Equal Share and For the Love of Children.

This program will have interest and relevance for teachers and students at secondary and tertiary levels. Curriculum links include Studies of Society and Environment, Civics and Citizenship, Indigenous Studies, Legal Studies, History and English.