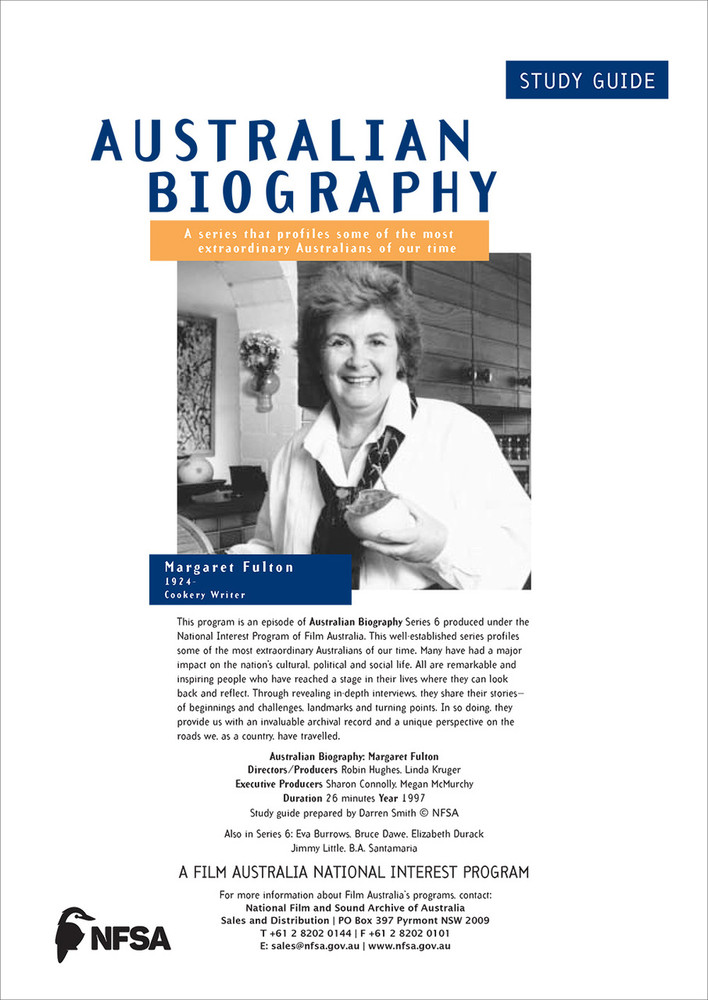 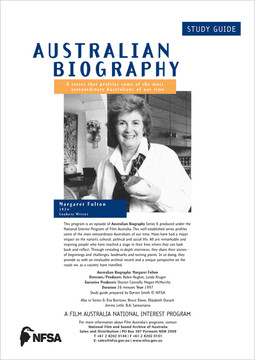 Margaret Fulton was the first and greatest of the Australian celebrity cookery writers. As the world opened up again after World War Two and a wider range of foodstuffs began to arrive in the shops, it was Margaret Fulton, through her magazine columns and later her cookbooks,  who showed the nation how to cook in new and exciting ways. It was largely through her inspiration and example that younger Australians realised the pleasurable and creative possibilities of fine dining. Our national cuisine was transformed. For Margaret Fulton, the great pleasure of cookery writing was to bring good food into ordinary homes. She was never interested in writing for an elite. Instead she concentrated on 'bringing magic' into everyday living through better everyday eating. A passionate traveller, she is credited with being one of the first people to bring international cuisine to the Australian table. Both in her career and personal life, Fulton has sought out the 'good life', and from this delicious interview it seems that she has finally found it.

This program will have interest and relevance for teachers and students at middle to senior secondary and tertiary levels. Curriculum links include Personal Development, Legal Studies, Home Economics, Careers Education, Design and Technology, Visual Arts and English.