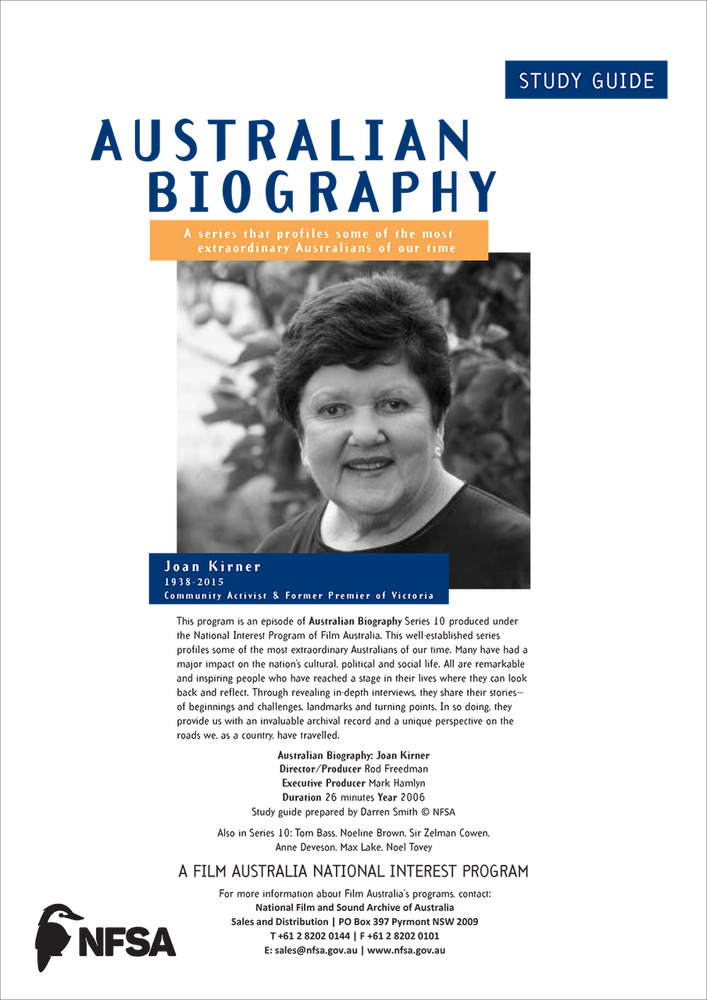 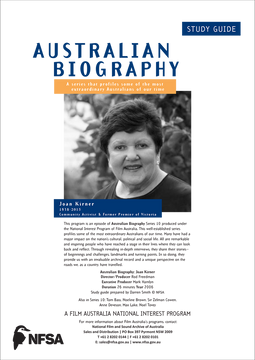 The first woman Premier of Victoria, Joan Kirner is a passionate believer in community action. Born into a working class family who felt that a good education was the basis for building a future, she graduated from Melbourne University in 1958 and began working as a teacher. She married in 1960 and had three children, and it was their education that started Joan on her political career. Through various parent organisations, she lobbied politicians, arguing for better conditions and greater parent participation in decision-making in government schools. She was appointed to the national Schools Commission and voted President of the Australian Council of State School Organisations. Then in 1982 Joan herself entered Victorian Parliament. A member of the Labor Party, she served as Minister for Conservation, Forests and Lands before attaining the Education portfolio, where she was able to pursue her reform agenda. She became Deputy Premier in 1988 and Premier in 1990 — a role described by some as a ‘poisoned chalice’, which required her to make incredibly tough decisions as she led the state through troubled times. Since retiring from parliament in 1994, Joan has remained active in social justice, the arts, land care and gender equity, with a consuming interest in enabling talented women to enter politics. In this Australian Biography interview, the woman who would like 'in sisterhood' inscribed on her grave talks about politics, feminism and being a mum.

This program will have interest and relevance for teachers and students at secondary and tertiary levels. Curriculum links include SOSE/HSIE, Civics and Legal Studies, History and Career Studies.