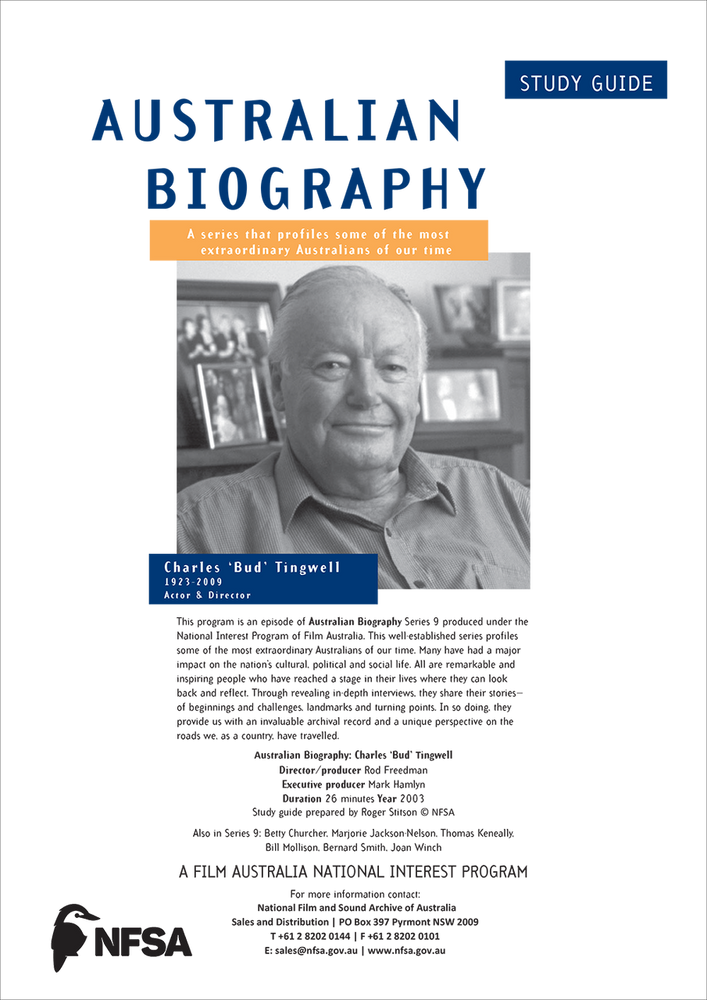 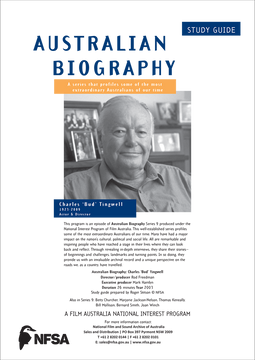 Charles “Bud” Tingwell was one of Australia’s best loved actors. His career began in radio - as the youngest announcer in Australia - after winning a role in a serial with Jack Davey. He moved into movies after World War Two, playing the lead in only his second feature. By the age of 30, he was in Hollywood. But his career really took off when he went to London, where he “accidentally got trapped” for 16 years. The television series Emergency Ward 10, in which he starred, was watched live by half the UK population. Bud returned to Australia in 1972. As an actor and sometimes director and producer, he was part of some of Australia’s favourite programs including TV series such as Homicide, The Sullivans and The Flying Doctors and miniseries such as Power Without Glory and All the Rivers Run, in addition to films like Breaker Morant. In this interview, Bud reveals his attitude to celebrity. He recalls growing up beachside at Coogee in Sydney and his changing family circumstances - how his father, retrenched from his job, still pretended to go to work everyday...and then won the lottery. He remembers his air force service, flying Spitfires, and the extraordinary calm he felt in the face of death. He talks of his marriage to Audrey and how his work helped him cope with her death, with roles in The Castle and Innocence leading to a career resurgence. Bud received the prestigious Gold Logie Hall of Fame award and was awarded an AM (Member of the Order of Australia) for his contribution to the performing arts as an actor, director, producer, and to the community. With over 140 credits to his name, he was described by the Prime Minister as an Australian legend. When this interview was conducted, Bud was 80, and busier than ever.

This program will have interest and relevance for teachers and students at middle to senior secondary and tertiary levels. Curriculum links include English, Drama, Media Studies, SOSE/HSIE and Personal Development.