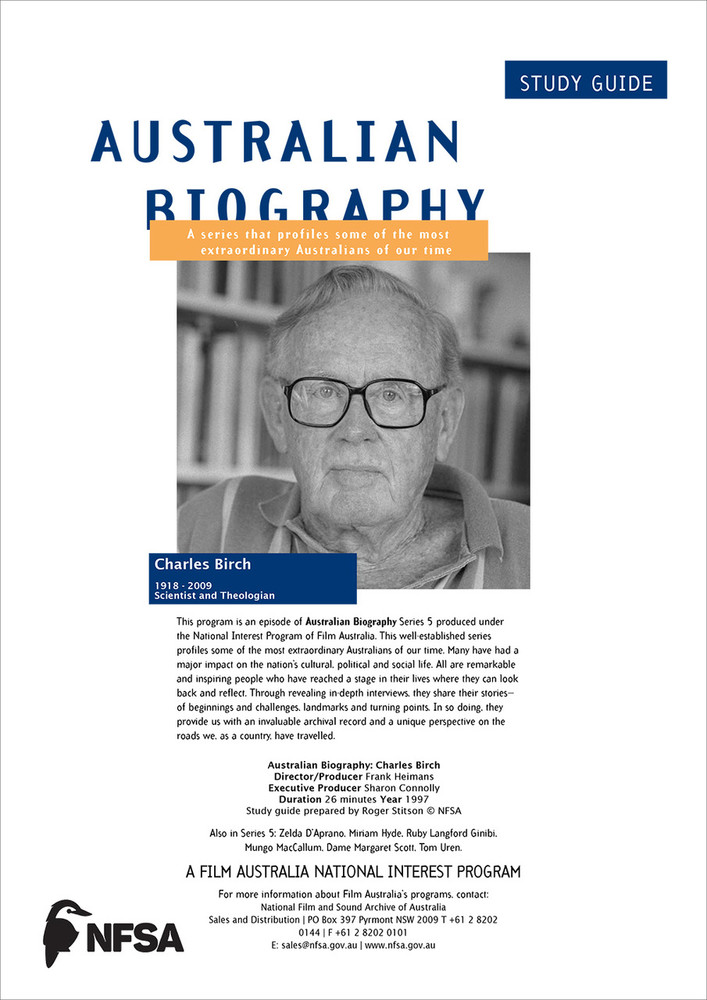 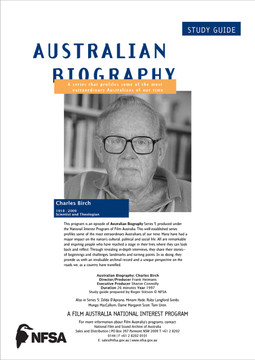 Charles Birch has never shied away from tackling the big questions. As one of the world's leading geneticists, he has had a hand in discoveries that have revolutionised our thinking. At the same time, he has applied his ever-questing intellect to one of the oldest questions of all—the search for God. As a boy in his native Melbourne, Birch took an early interest in the workings of the insect world and it was logical that he should go on to become an entomologist. At the Waite Institute in Adelaide he sought an explanation for the grasshopper plagues ravaging South Australia in the late 1930s—and received an early lesson in pragmatism when the farmers rejected his elegant solution because it did not suit them. The work gave him an interest in population ecology, a science he felt would allow him to follow his ideal of doing something to help his fellow men. At the same time, discussion with a close friend led to his search for a philosophy that could embrace both science and God, a quest that culminated in his belief in what he calls 'an ecological model of God'. He went on to explore the inter-reaction of humanity with the environment, studying genetics at Chicago University then later at Oxford. In 1948 he returned to Australia to become senior lecturer in biology at Sydney University where, as Challis Professor of Biology, he was involved in laying the foundations for the new science of ecology—in the course of which he became a close friend of environmentalist Paul Ehrlich. During the Vietnam War, Birch took part in the anti-war campaigns and helped dissident students in their battles against conscription, which he strongly opposed. Meanwhile, he had written the landmark textbook, Confronting the Future. In 1990 he was awarded the prestigious Templeton Prize for Religion.

This program will have interest and relevance for teachers and students at secondary and tertiary levels. Curriculum links include Science, English, History, HSIE/SOSE, Health, Study of Religion and Human Relations.