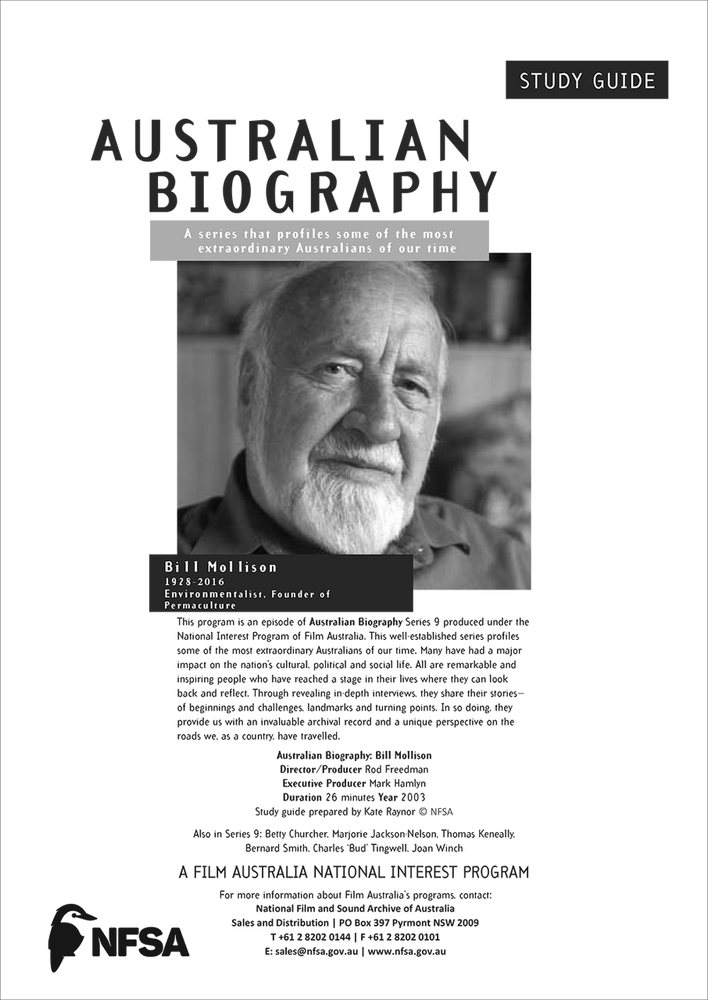 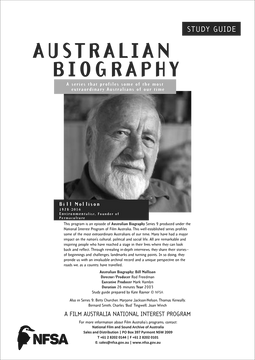 Bill Mollison has been vitally concerned about the environment for over thirty years, as a scientist, naturalist, teacher and campaigner. He is the founder of permaculture, an innovative and extraordinarily influential strategy for environmental design. Its aim is to establish integrated, self-sustaining systems for agriculture and human settlement. Taught throughout the world, permaculture has been of enormous assistance to developing countries in particular as it focuses on empowering local communities and avoiding traditional bureaucracies. This independent approach is not surprising, for Bill Mollison has always been a maverick. He grew up 'outside and solitary' in Stanley, Tasmania, leaving home in his teens to escape his mother’s bullying. He spent most of his early working life in the bush or at sea, fishing and hunting for his livelihood and assisting in marine and wildlife research. Then, after more than a decade of study in environmental science and psychology, Bill began teaching at the University of Tasmania. It was after leaving academia in frustration that the idea of permaculture came to him. This is now the focus of his international teaching, consultancy and publishing work. 'Fury is what drives me, not love,' explains Bill. In this interview, he discusses his vision, his use of shock tactics and the tough upbringing that turned him into a fighter. A man of strong opinions who has been married five times, Bill believes he’s never been proved wrong about 'anything with any meaning'. One thing is certain, this passionate and dedicated ecologist has  served as an inspiration to many.

This program will have interest and relevance for teachers and students at middle to senior secondary and tertiary levels. Curriculum links include English, SOSE/HSIE, Environmental Studies, Outdoor Education, Geography, Australian Studies, Community Planning, Design and Horticulture.