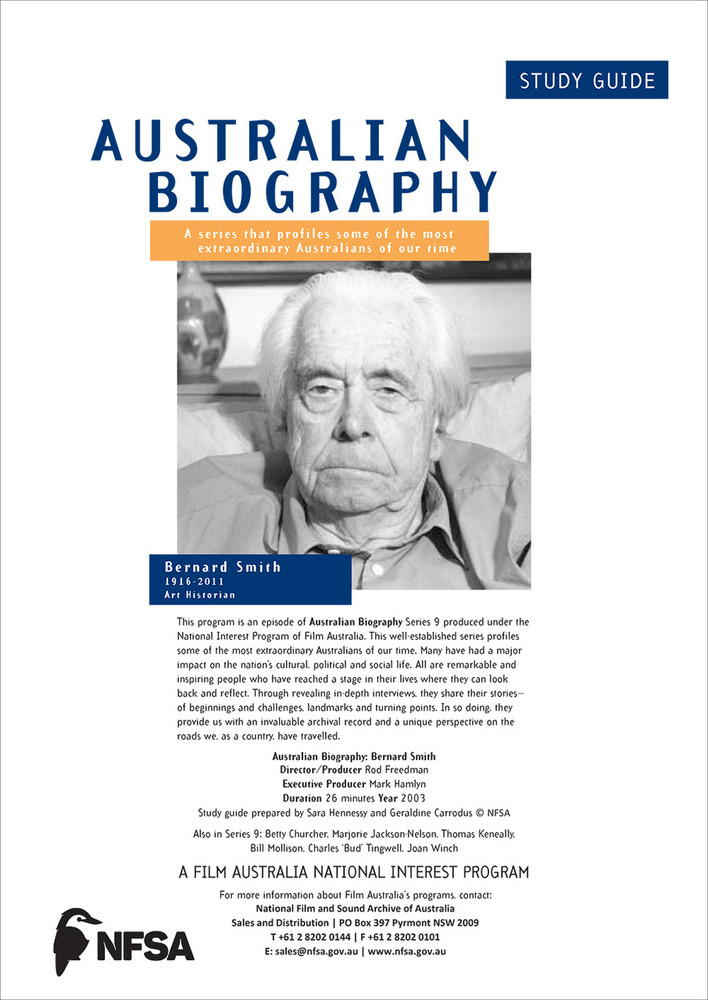 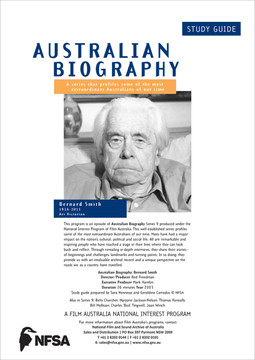 'What Australia suffers from is not a lack of artists but a lack of audience for their art.' Developing Australians' interest in, and knowledge of, our artistic traditions has been the focus of Bernard Smith's life. He is one of the founders of the discipline of art history in this country and among its most distinguished practitioners. Bernard Smith set benchmarks with his books Place, Taste and Tradition (the first systematic history of Australian art), European Vision and the South Pacific and Australian Painting. He caused a  sensation with The Antipodean Manifesto, a criticism of abstractionism that was signed by a group of artists including Charles Blackman, Arthur Boyd, Clifton Pugh and John Perceval. He inspired debate again as a professor at the Power Institute with his contentious definitions of contemporary art. And he was still courting controversy at the age of 85 when he posed nude for a portrait entered for the Archibald Prize. Passionate about politics, painting and history, in this interview he talks of his decisions to be a Communist rather than a Catholic, an art historian rather than a painter. He discusses his own art and years of scholarship, writing and teaching. He speaks openly about his relationship with his first wife Kate ('she civilised me') and takes us back to his childhood (mother Rose Anne, a domestic servant, was left at home with the gardener, after which Bernard 'eventuated'). It's a fascinating portrait of a man, earthy and erudite—a working class boy who resisted the idea of an élite, 'an intellectual living in a very anti-intellectual society'.

This program will have interest and relevance for teachers and students at middle to senior secondary and tertiary levels. It is particularly suitable and valuable for courses in Art, English, History, Media Studies, Psychology, Personal Development and Religious Studies.