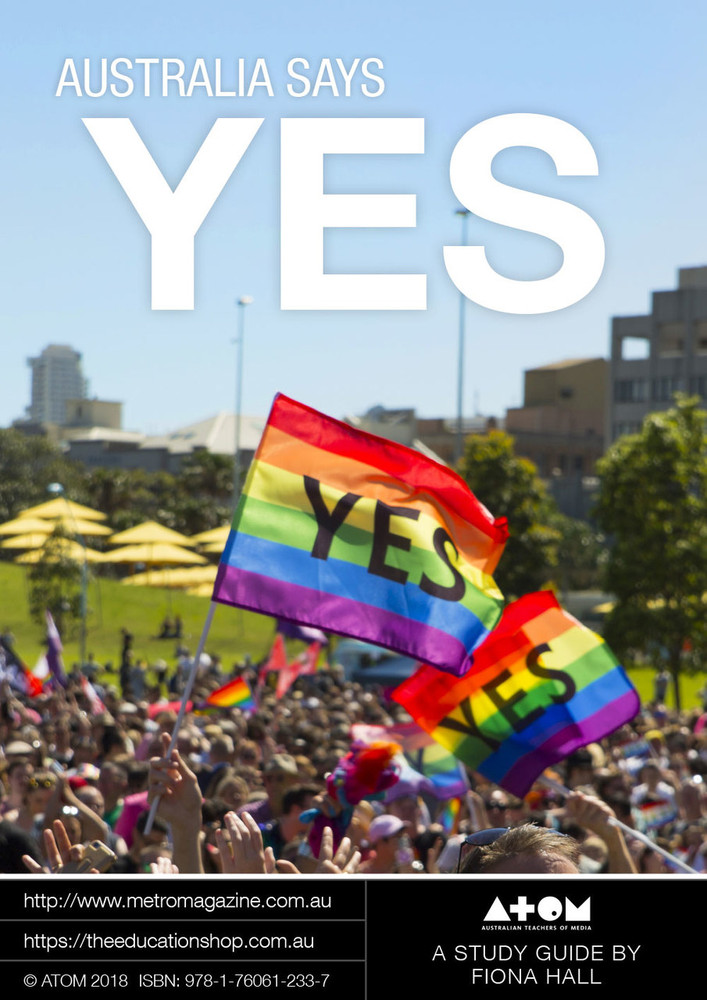 Packed with drama, high emotions and cliffhanger moments, Australia Says Yes is the intimate and personal history of five decades of struggle and perseverance that propelled Australia to finally say Yes to marriage equality. Through personal reflections from the heroes and pioneers of the movement; behind the- scenes moments revealing heartache, strategy and determination; and archival footage featuring key moments in the historic struggle, the film records the decades-long battle to create a more equal nation. From the history of facing arrest, imprisonment or even the death penalty simply for being gay, to the nail-biting, life-changing results of the Marriage Equality Survey, the film reveals what has been at stake for so long for the LGBTQI+ community.

The trials and tribulations of the 2017 postal survey on marriage equality serve as the spine of the film. We go on the journey with key players in the movement including long-time marriage equality activists Alex Greenwich, Dr Kerryn Phelps, Jackie Stricker-Phelps, Peter de Waal and Peter (Bon) Bonsall-Boone who have been fighting for LGBTQI+ people for decades; actress and comedian Magda Szubanski who took a personal and very public role in the struggle for equality; and grassroots campaigner, Edie Shepherd, a hip gayby baby and co-founder of 'Backfullas for Marriage Equality'. It is during this frenetic and momentous time that we see the personal cost to the main characters of this story as they experience a vote in which their very humanity is being debated. Every fibre of their being is invested to ensure that Australia says Yes to marriage equality.

The film revisits the events of 2017 and flashes back to the start of the modern gay rights movement in the late 1960s. Critical moments in history are interwoven with personal stories and illustrated with archival footage, newspaper headlines, radio announcements, personal photos and television news reports. On results day, the film follows the main characters from daybreak, documenting their nervous tension as they await the results of the vote and culminates in overwhelming joy and celebration the moment Australia says Yes. For Peter de Waal it is a bittersweet, very hard-won victory; his partner of fifty years passed away on the eve of the vote.

Australia Says Yes can be linked to the following subject areas within the Australian National Curriculum:

Please note: There is occasional course language in Australia Says Yes, with the documentary recommended for study in Years 9 and above. Year 9 Civics and Citizenship curriculum content descriptions relevant to Australia Says Yes:

Australia Says Yes can also be used as a supplementary text when studying a range of senior school subjects, including: