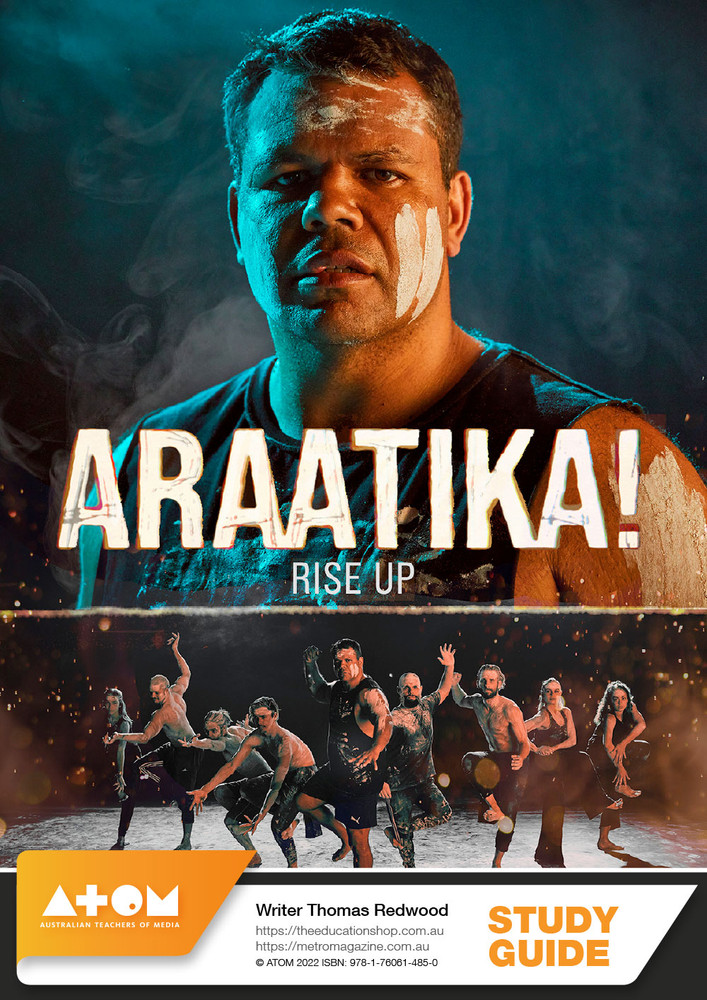 A group of NRL stars create a pre-game performance to be the equivalent of New Zealand Maori's famous haka and along the way come to understand that it isn’t football that makes them strong, but their culture.

From 2008, a group of Indigenous NRL players including Dean Widders, Preston Campbell, Timana Tahu and George Rose led a movement to develop a pre-game ceremony that would be a response to the haka. In 2012, they brought in dancer and choreographer Sean Choolburra to help. Rather than simply taking an existing dance, the players came up with a series of movements that reflected cultural symbols – the clan, the warrior, the boomerang, the spear and a moment of reflection to emphasise that the silences are more important than the words. It was also a process that allowed the players to recognise that there was no equivalent to a war dance in their Indigenous cultures as we are cultures that hunt quietly. Along the way, Dean spoke with Elders Fran Bodkins and Uncle Max Harrison to understand more deeply the symbols of the dance and the way to take the messages of culture to the broader Australian community.

Since then, the players, led by Dean, sought to have more and more players – including the All-Stars players such as Latrell Mitchell and Cody Walker – engaged with the pre-game cultural performance. For the players, it has also become a way of highlighting the role Indigenous people have played in the game.

For Dean, this is personal. His father, a talented player, faced racial barriers to having a career in the NRL. This drove Dean to make the most of every opportunity that came his way. And it has driven him to show the broader Australian community the skill and talent of the Aboriginal players.

To this end, Dean, George, Preston and Timana aimed to get the Australian team to perform the dance at the New Zealand and Australian Test in 2020.

In one day, Dean lost two coaching jobs, two commentating jobs and was stood down from the NRL indefinitely. For a man who had defined himself by his football, he had never been so low. And as he rebuilds his life, he starts to understand something about himself. It wasn't football that gave him his strength; it was his culture.

Dean now understands that the dance is bigger than NRL and seeks advice from Wesley Enoch about the best ways to take culture stories to the world. Wesley gives Dean a challenge. If he can get together a high-profile group of people, he will include the dance at the Australia Day ceremony that will be held at the Barangaroo headland and televised nationally.

Partnering with Stephen Page and the men of the Bangarra Dance Theatre, Dean calls on Stan Grant, Adam Goodes and Michael O'Loughlin as well as NRL players and the men of the local Redfern community to come together to perform a new men's ceremony that acknowledges the strength of wisdom and their responsibilities as Aboriginal men. At the finale, the players take their dance to the national stage on Sydney Harbour, beyond the world of football and into key national conversations about the place of Indigenous culture in Australian society.

Araatika! Rise Up can be linked to the following subject areas within the Australian Curriculum. Please note this list is not exhaustive:

Round Up, The (ATOM Study Guide)

Word: Rise of the Slam Poets, The (ATOM Study Guide)