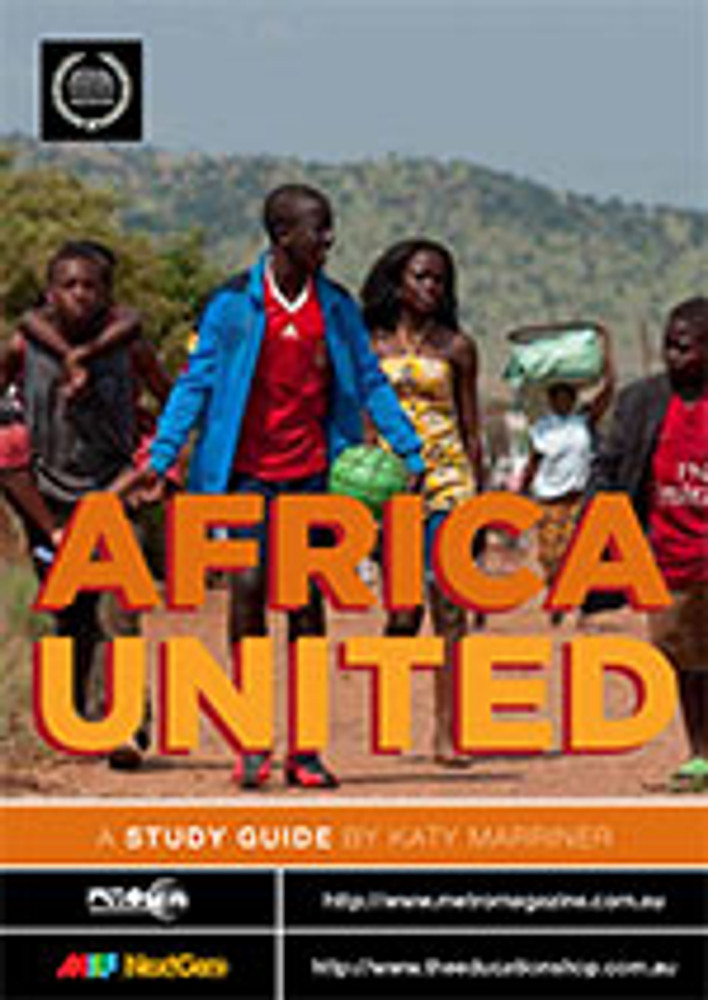 The story begins in Rwanda. Dudu Kayenzi is teaching a group of children how to make a football. Meanwhile his friend Fabrice is breaking the local record for the most continuous football kick-ups on the town's football pitch. Fabrice wants to become a football legend. His mother would prefer that he became a doctor. So, when Fabrice is offered the chance to audition to take part in the opening ceremony of the 2010 Football World Cup in South Africa, he sets off for Kigali, the capital city of Rwanda, with his 'manager' Dudu and Dudu's sister Beatrice.

Unfortunately, the trio take the wrong bus and end up in the Democratic Republic of the Congo. The children, unable to prove their identity and without the money to find their way home, are placed in a refugee camp for children. It is here that they meet Foreman George, a troubled teenager, who has been forced to be a soldier and fight in a civil war. Foreman George agrees to help them escape the camp. They steal a jeep, crash it and then flee from the jeep's owners – soldiers intent on capturing Foreman George and returning him to the General.

Eventually they arrive at the shores of Lake Tanganyika, where they hire a boat to get to Tanzania on the other side. Fabrice's mother texts and then calls him on his mobile phone, but disappointed by her lack of understanding, Fabrice throws the phone into the lake. When the children arrive on the other side of the lake, they meet Celeste, a teenager, who has been forced into prostitution. Seeing an opportunity to exploit the children, the owner of the resort, where Celeste is held captive, steals Foreman George's money. The children and Celeste must work as a team to outsmart him and his henchman.

The team, now numbering five, forges on. South Africa is still too far away, but with Dudu's business savvy to rely on, surely they can't go wrong? When money becomes short, Dudu insists the team can earn more by taking a HIV test at a local centre. Everyone passes the blood test except for Dudu, who is HIV-positive, although he does not reveal this to the others. After crossing the border into Zimbabwe, Dudu exchanges the Zambian kwacha they have earned for Zimbabwean dollars, but the currency is defunct and Dudu has been scammed.

Dudu falls ill and the children rush him to a local hospital. There is a school attached to the hospital, and Beatrice makes the decision to focus on her dream of becoming a doctor. Dudu's tuberculosis is stabilised but his CD4T cell count is low. The medication is out of stock and won't be available for another three days. Dudu decides that the team cannot wait. It is time to say goodbye to Beatrice and make their way to South Africa.

When Africa United arrive at the Zimbabwe/South Africa border, they are refused entry. An impromptu football game proves that Fabrice is as talented as Dudu claims and the children are rushed to the stadium. After 3000 miles, they not only have reached their destination, they have proven that 'impossible is nothing'.

Africa United is suitable for senior secondary students undertaking English, Ethics, Geography, Health and Human Development, Literature and Media. Teachers may find the film relevant to units of work for junior and middle secondary students in the following VELS domains: