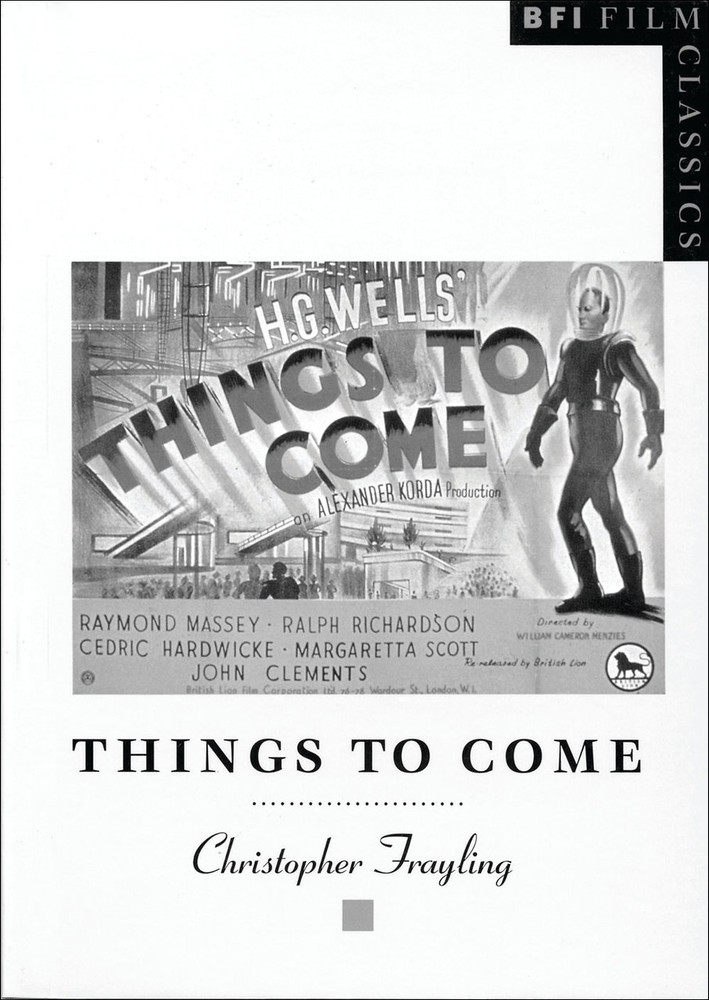 The release of Things to Come in 1936 was one of the key moments in the history of science fiction in the cinema.

The film was the brainchild of HG Wells, whose worldwide reputation as a thinker had persuaded its producer, Alexander Korda, to offer him a contract giving him virtually total control over the project. Korda drafted a dazzling array of talents to render into pictures Wells' ideas of the future a hundred years hence. His brother, Vincent Korda, a distinguished painter, was employed as art director, and the Bauhaus artist Laszlo Moholy-Nagy contributed ideas for futuristic sets. As director, Korda hired William Cameron Menzies, who had practically invented the profession of Hollywood art director through his work with Douglas Fairbanks on The Thief of Baghdad and Rudolf Valentino on Son of the Sheik, and whose career would climax with Gone with the Wind. The result was a landmark in cinematic design.

Christopher Frayling shows, with a wealth of illustrations, how the boldness and brilliance of the sets and costumes mark out Things to Come as British cinema's greatest contribution to the science fiction genre, amply justifying his judgement that 'Things to Come is to modernism as Blade Runner is to postmodernism.'

Things They Carried, The