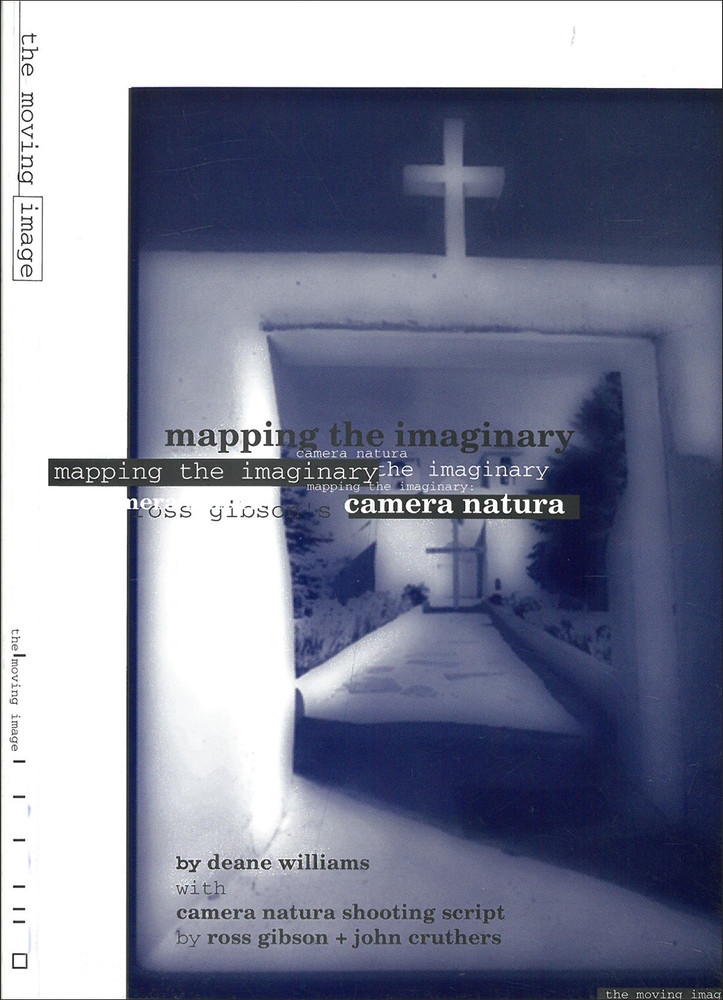 This monograph – number 4 in the Moving Image series – was first published in 1996 and has been made available again with a limited release.

Ross Gibon's Camera Natura is a 'bizarre and hallucinogenic compilation on Australian Identity using maps, paintings, writings, myths, photography and cinema. Truth be told, these are films (Mad Max II and Camera Natura) that draw me to this strangely familiar far-off place'.

'What can the pre-occupation [with the landscape] tell us about Australian culture, cinematic and general?' This is the question that is essayed in Ross Gibson's Camera Natura. Informed by a postcolonial and deconstructionist impulse, this film is a bricolage of images, sounds and voices from seminal Australian films such as The Sons of Matthew, Gallipoli, Sunday Too Far Away, Picnic at Hanging Rock and Mad Max II.

In three essays Deane Williams enters into a dialogue with Camera Natura to explore issues which resonate in and around Gibson's film and Australian cinema in general.

The first essays examines notions of technology, gender and representation as they emerge from the film, the second examines landscape cinema in terms of nationalism and 'dominant' ideology and considers how Gibson reformulates this definition as the 'ethos'. The final essay explores Camera Natura's use of metaphor and considers metaphor's implications for truth telling through fiction.

Deane Williams teaches in the Department of Visual Arts at Monash University. His recent interests include immediate postwar Australian film culture and documentary film theory. Deane is currently working on a book covering the life and films of John Heyer, OBE.

Mel Gibson's Passion and 'The Passion of the Christ'