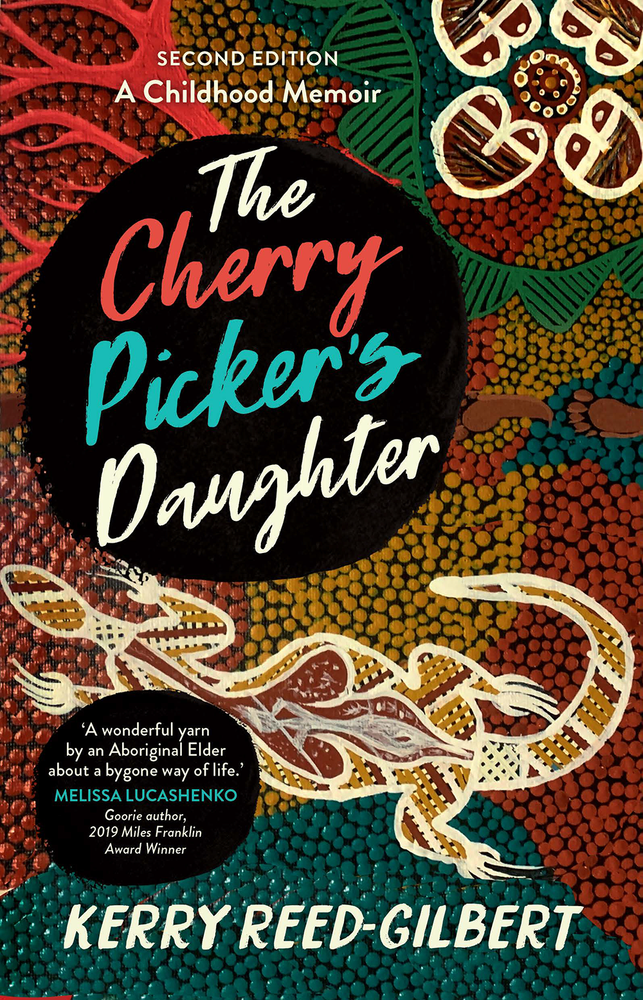 This second edition of The Cherry Picker's Daughter is an exquisite portrait of growing up Aboriginal on the fringes of outback towns in NSW in the mid-twentieth century. Its an important book for school libraries and classrooms, with profound insights into the extraordinary strength, resilience and ingenuity of Aboriginal families to overcome extreme poverty, persecution, racism and cultural genocide.

The strength of family ties in Aboriginal communities is clearly evident when three-month-old Kerry and her brother lost both parents. Her father, Kevin Gilbert – later to become a famous activist and artist – killed their mother and was jailed for many years. Her father's sister, whom she always called 'Mummy', raised Kerry and her brother, along with her own children and others within the extended family. The book is a tribute to this truly remarkable woman, who not only loved them selflessly and worked tirelessly to support them, but also managed to keep them from being taken/'stolen' by the 'Welfare'.

Told in the child's voice and in the vernacular of her Mob, activist, artist, poet and author, Aunty Kerry, tells her story of love and loss, of dispossession and repeated dislocation growing up in corrugated tin huts, tents and run-down train carriages, of helping her family earn 'an honest living' through fruit picking, and the impact of life as an Aboriginal state ward living under the terror of Protection Laws.

Fundamentals of Animation, The - Second Edition

Getting the Buggers to Read - Second Edition