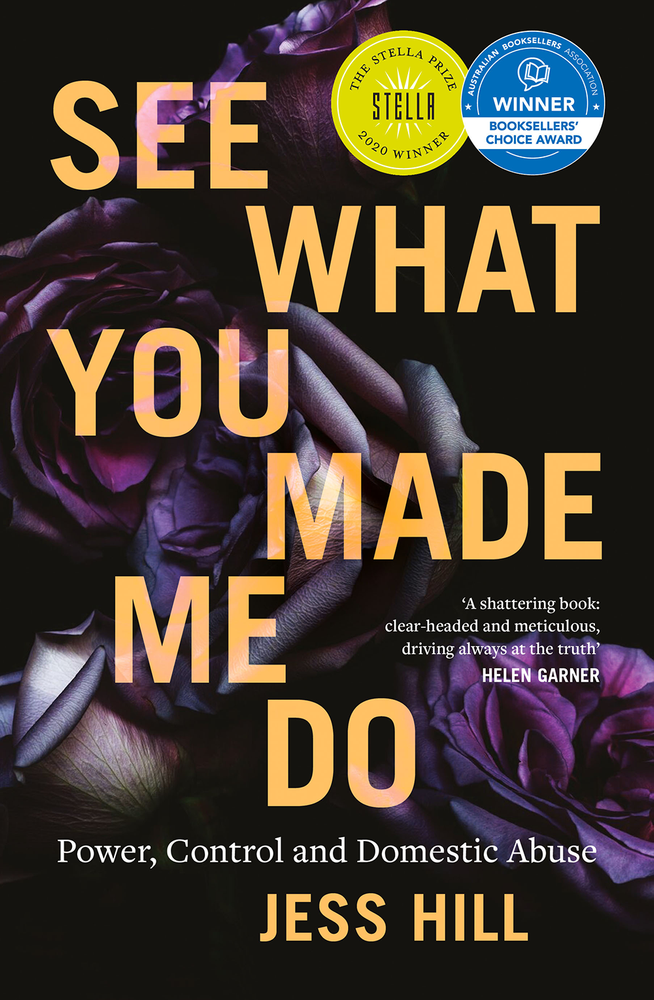 See What You Made Me Do

A searing investigation that challenges everything you thought you knew about domestic abuse.

Domestic abuse is a national emergency: one in four Australian women has experienced violence from a man she was intimate with. But too often we ask the wrong question: why didn't she leave? We should be asking: why did he do it?

Investigative journalist Jess Hill puts perpetrators – and the systems that enable them – in the spotlight. See What You Made Me Do is a deep dive into the abuse so many women and children experience – abuse that is often reinforced by the justice system they trust to protect them. Critically, it shows that we can drastically reduce domestic violence – not in generations to come, but today.

Combining forensic research with riveting storytelling, See What You Made Me Do radically rethinks how to confront the national crisis of fear and abuse in our homes.

Jess Hill is an investigative journalist who has been writing about domestic violence since 2014. Prior to this, she was a producer for ABC Radio, a Middle East correspondent for The Global Mail, and an investigative journalist for Background Briefing. She was listed in Foreign Policy's top 100 women to follow on Twitter, and her reporting on domestic violence has won two Walkley awards, an Amnesty International award and three Our Watch awards.

They made me Do It: The Mad world of Donnie Darko

Multimedia: What Is It, How Do You Create It and How Will It Affect Us in the Future

Vampires Don't Do Dishes': Mockumentary, the Undead and 'What We Do in the Shadows'

What Will You Do with Your 'OtherLife'?: Sci-fi, Subjectivity and Technology