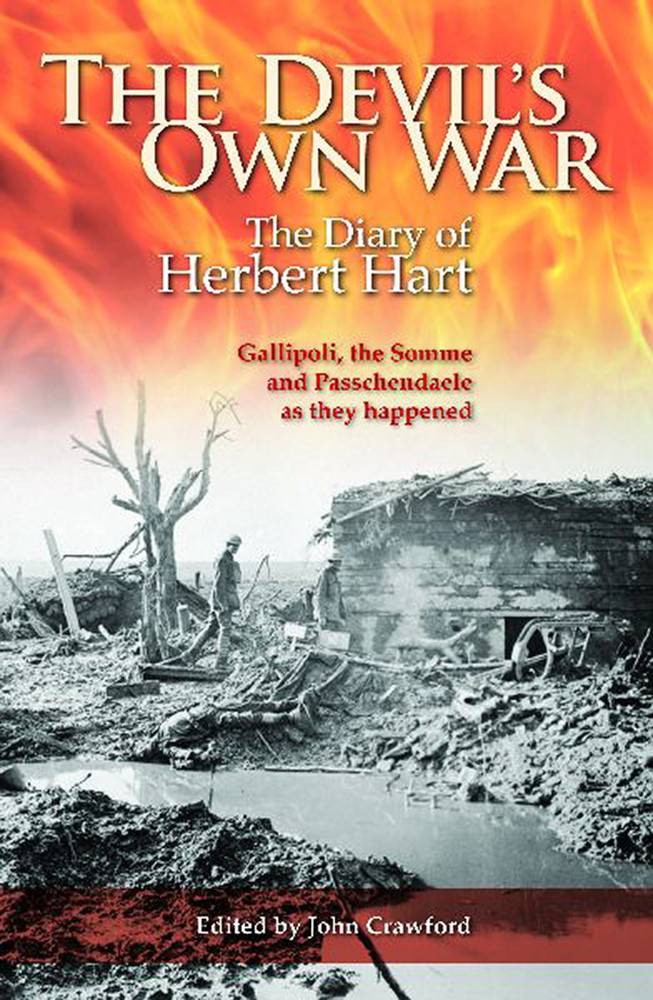 When Herbert Hart left his home town of Carterton in 1914 to serve as a major with the New Zealand Expeditionary Force, he could not have imagined that he would return as a much decorated brigadier-general. His rise to leadership was swift, as he commanded the Wellington Battalion during the closing stages of the Gallipoli campaign, then went on to serve as a battalion and brigade commander on the Western Front between 1916 and 1918. During the whole of this period he kept a diary, in which he recorded his experiences in the great battles at Gallipoli, the Somme and Passchendaele.

Hart's diary is now widely regarded as one of the most important personal sources relating to the New Zealand Expeditionary Force. His service on the Western Front is the principal focus of the diary. Exceptionally well written, it includes gripping descriptions of both combat and life behind the front line, and on leave in France and the United Kingdom. While Hart can appear remarkably detached at times, he is also a very human observer of the events around him, empathising with the plight of his men, finding humour in the most unlikely situations and noticing unexpected details at moments of high tension. This important book also has an introductory chapter on Hart's early life, and a concluding chapter about his diverse and distinguished career after the war, including his term as Administrator of Western Samoa from 1931 to 1935.

About the editor:
John Crawford (ed.) is the New Zealand Defence Force Historian and has written on many aspects of the history of the New Zealand Armed Forces and defence policy. He lives in Wellington.

No Better Death: The Great War diaries and letters of William G. Malone