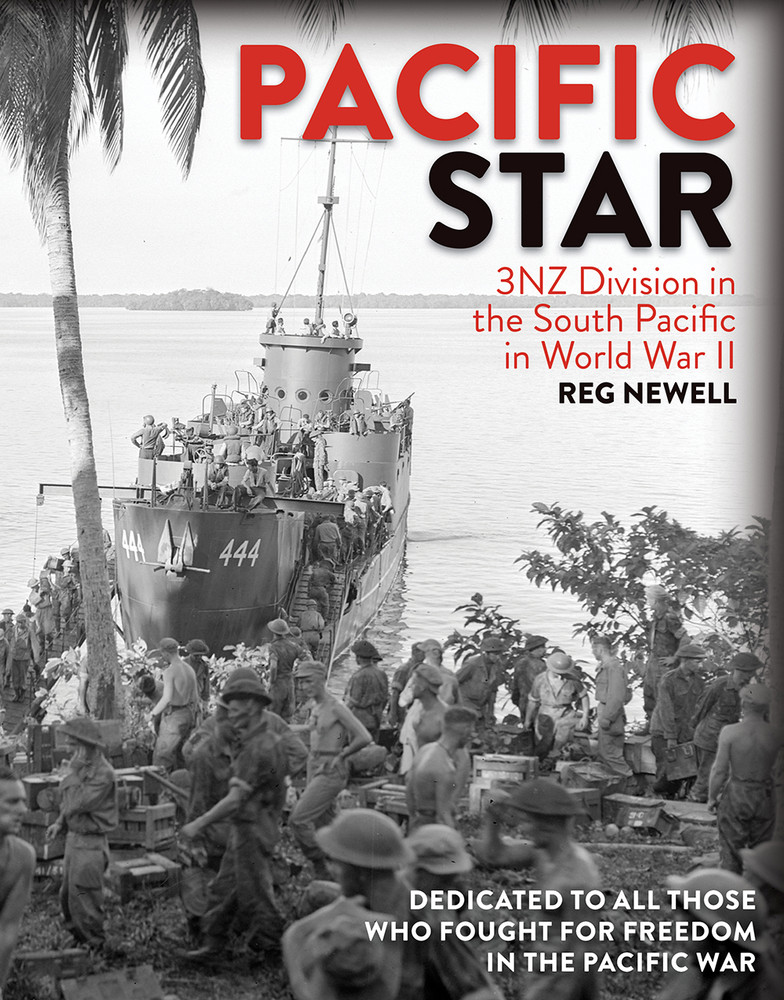 The conflict in the South Pacific saw some of the most gruelling fighting of World War II. Conditions were unpleasant – fetid heat, torrential rain, and hostile flora and fauna – while the Japanese enemy was ruthless and would often fight to the last man. Amphibious warfare, jungle warfare and the need to co-operate with our American ally all meant that new demands were made on New Zealand soldliers.

Yet the war in the South Pacific came to be seen as an easy war, generally overlooked (with the exception of Guadalcanal) by historians. From ignorance of what the soldiers were called upon to endure, the notion arose that service in the South Pacific was somehow less worthy than the ‘real war’ in Europe against the Nazis. This attitude continued in the post-war world and today the soldiers of 3NZ Division are all but forgotten.

Pacific Star sets the record straight, shedding new light on the sacrifices and tribulations that the soldiers of 3NZ Division had to endure in the service of the Allied cause. The book covers their initial deployment in Fiji and New Caledonia, and describes the major battles the division fought in the Solomons: Vella Lavella, the Treasury Islands and the Green Islands, as well as their sometimes strained relationship with the US military. Reg Newell has interviewed veterans for this book, which includes new maps and previously unpublished photographs.

About the author:
Reg Newell has had a lifelong interest in military history. After gaining a masters degree through the American Military University, he completed a doctorate through Massey University on New Zealand’s involvement in the South Pacific in World War Two. Pacific Star is based on his doctoral research. He is passionate about restoring the reputation of 3NZ Division and ensuring its feats are not forgotten.

Reg has practised law in Upper Hutt, Wellington for about thirty years. He is married with a son.

War of the Worlds, The