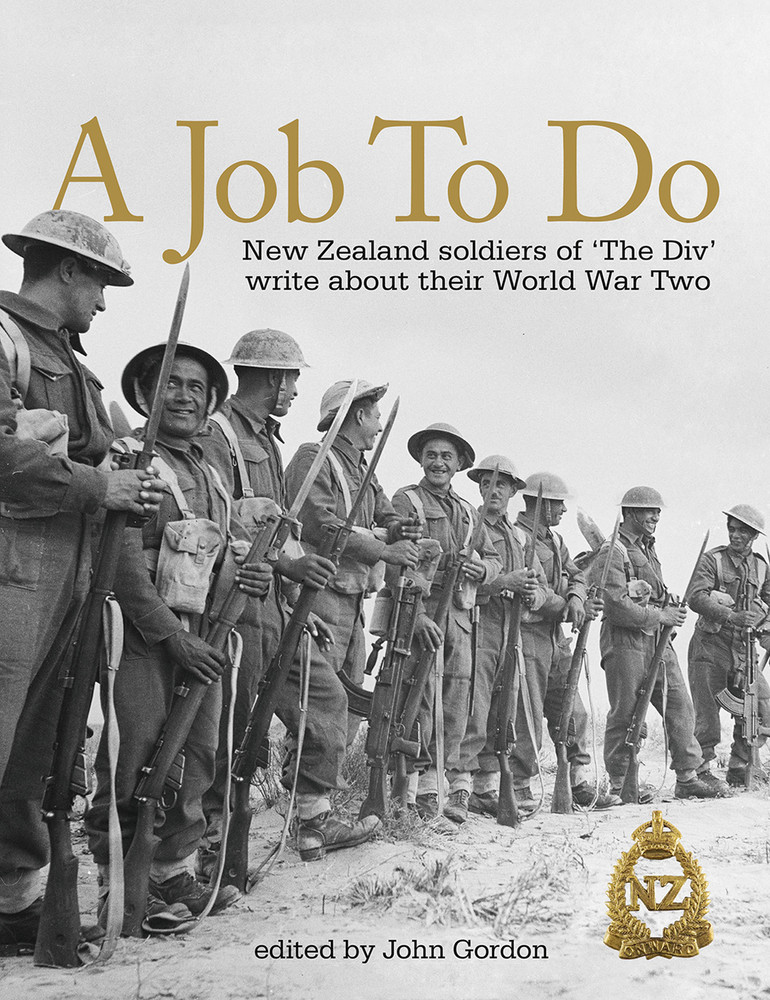 Job To Do: New Zealand soldiers of 'The Div' write about their World War Two, A

What was it really like for the soldiers of 2NZ Division in World War Two? How did they spend their time and how did they see their lives as servicemen, from training at home and sailing off to war, to setting up camp, relaxing off-duty, fighting in hostile environments and possibly being taken prisoner? This anthology is a personal selection of material describing the experiences of these men, with the great majority of the collection written from within its ranks. Colloquially known to its members as ‘The Div’, it was by far the major part of New Zealand’s Second Expeditionary Force.

In this book, John Gordon presents a lively and illuminating selection of the published words of members of The Div or those with close associations. The chosen extracts are drawn from memoirs, fiction, verse, news reports and magazine articles penned by soldiers of all ranks. The result is a compilation of the written views and experiences of over eighty insiders, creating an intimate glimpse of life and war within The Div. From the declaration of war to the return home, this is a sample of the experiences of well over 100,000 New Zealand men who served in the division – how they coped with discipline and disaster, sacrifice and success. They write with the same frankness, humour, wry cynicism and understatement that they used to cope with the challenges of their war.

About the author:
John Gordon is best known as the presenter of the television series A Dog’s Show, which he fronted for seventeen years. He has been involved in practical agriculture and journalism most of his working life. His interest in 2NZ Division has its origins in his father’s war service, which left him fatherless at six months of age. John Gordon has published two rural anthologies – Out of Town and Fresh Fields – and written four works of non-fiction. He lives in Southland.

The Vietnam War - the soldiers' experience