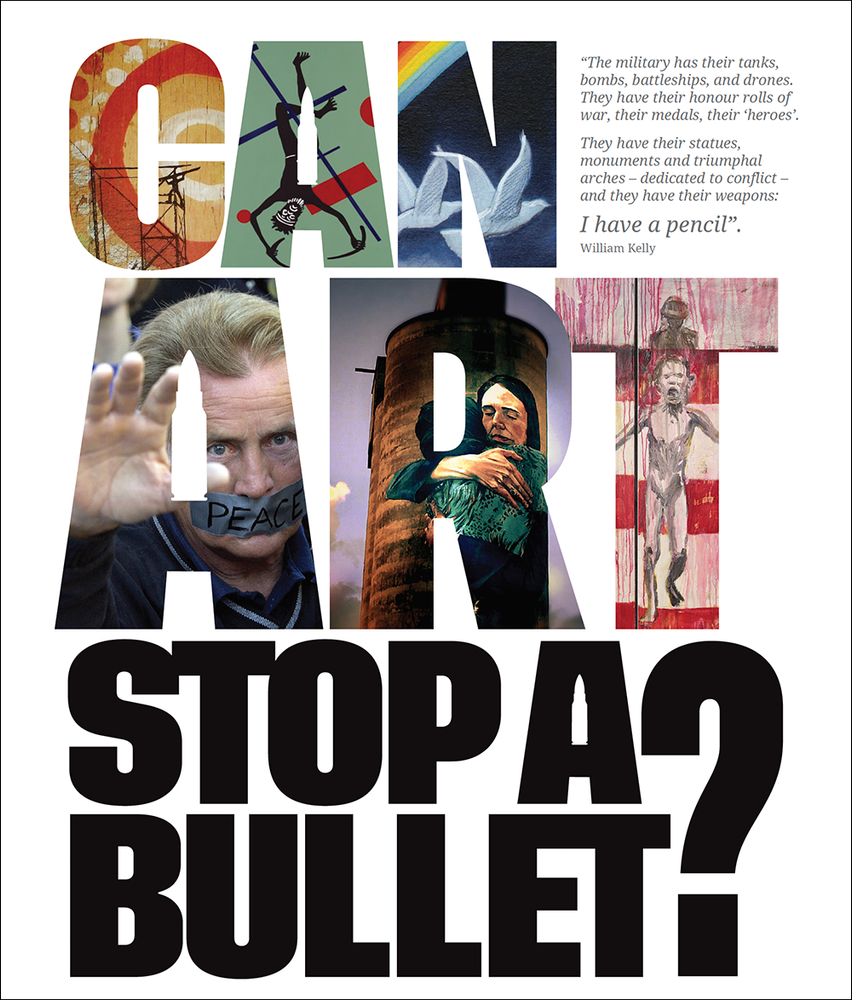 Can Art Stop a Bullet?

William Kelly, artist, human rights activist and widely considered the social conscience of Australian art travelled the world talking to writers, artists and academics about the question of war and peace.

The question that was investigated and studied and resulted in this publication was: can art change hearts and minds and in doing so stop a bullet from being fired?

This is the story of the creation of a monumental artwork and the inspiration behind it – Peace or War/The Big Picture.

The book has been structured to use the key images within William Kelly's great work as launching points to discuss various areas of conflict between war, art and culture with chapters on:

The book was produced as an addition/companion piece that may be used in conjunction with the viewing of the DVD Can Art Stop a Bullet?.

The DVD is available to purchase here.

Can Art Stop a Bullet? (DVD)