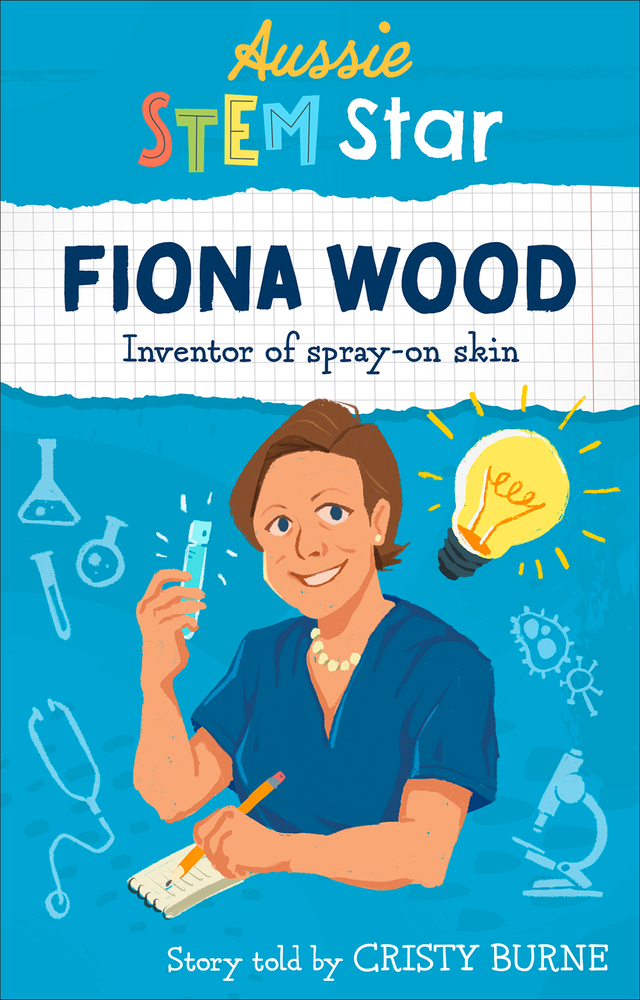 Each book is written by an award-winning children's author and follows the real-life stories of some of Australia's top scientists and inventors, chosen on the basis of their pioneering work. Themes explored include childhood, school, family, and formative experiences, what inspired them to pursue their chosen path, how they persevered in the face of challenges, and their contribution that is making a difference for humans and the planet.;

Fiona Wood is a plastic surgeon who invented the revolutionary spray-on skin and changed the way burns were treated forever. Her expertise in burns treatment came to the world's attention in 2002 in the wake of the Bali bombings, when she and her team were called upon to face a crisis beyond anything they had experienced. They raced against time and infection to save the twenty-nine critically injured people admitted to Royal Perth Hospital.

From defending the weak and fixing the broken to fighting for her chance to study medicine, Fiona's story shows us the value of dreams, hard work and having the courage to do what is right.