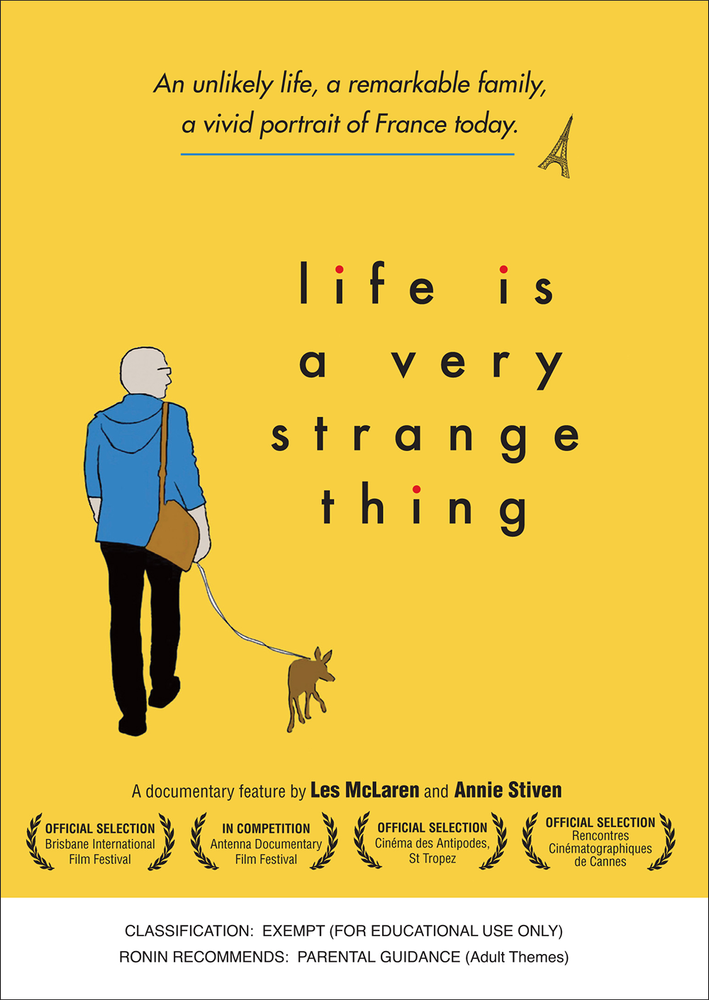 Produced and directed by Les McLaren and Annie Stiven

A quirky and moving portrait by outsiders, exploring what it is to be French in the 21st century. Frédéric, a former high school rebel, ethnomusicologist, and multinational executive, returns from decades abroad, to a France that is both familiar and on edge.

Australian filmmakers, Les McLaren and Annie Stiven, arrange to meet an old friend in Paris. They had first met Frédéric when he had been a young rebel, and an ethnomusicologist in Papua New Guinea. They had then lost contact but in the intervening years, Frederic had become the executive of a multinational garbage business. After decades abroad he’d returned to a France that is on edge with terror attacks, and shaken by the rise of nationalist politics.

Frédéric is a wily raconteur and collector, and his daily encounters with local characters in Paris and Bordeaux reveal a rich mosaic of life in France today. We learn about Frédéric's grandfather who had been a colonial governor in Cambodia; and we meet his composer father, Charles Duvelle, whose recordings of traditional African music had helped to found the World Music movement. We also meet Frédéric's niece Elvire, a Femen activist who protests against social injustice and the Far Right.

The film is part road trip, part meditation – a wry and affectionate portrait from an outsider's perspective, with questions of what it is to be French in the 21st century.

English and French (with English subtitles)

Life is a Very Strange Thing is also available on DVD here.

Life is a Very Strange Thing