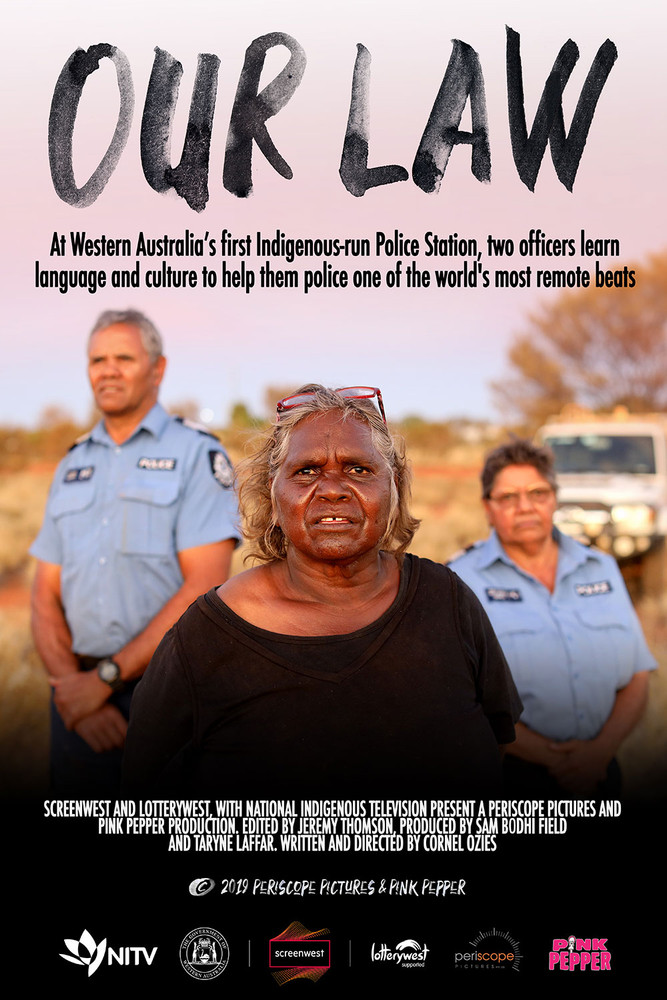 Our Law is a fascinating documentary about the differences and the similarities between Aboriginal Peoples and the possibility of respectful, reciprocal and culturally safe relationships between police and traditional remote communities. It concerns the pioneering work being done in very remote Western Australia at Warakurna's all-Indigenous run police station.

The Western Australian Police force admit that they have a troubled past when it comes to police work in remote Indigenous communities. The WA Commissioner Chris Dawson recently issued an apology on behalf of the Western Australia Police Force to Indigenous people, acknowledging that past wrongful actions that have caused immeasurable pain and suffering, and that police actions have significantly contributed to a traumatic Indigenous history.

Practical strategies like learning the local Aboriginal language and learning about how state and federal laws intersect with local Aboriginal Law have until very recently not been taken seriously by police in remote communities. At Warakurna police station (which opened in late 2017) a radically different approach has been introduced. The first ever all-Indigenous run police station in Western Australia, it is envisaged by the WA Police as a first step on a long road to changing their relationship with remote communities. The success of the station could pave the way for many more Indigenous-run police stations across Western Australia.

ATOM has also produced a study guide for Our Law. This study guide is available for download here.