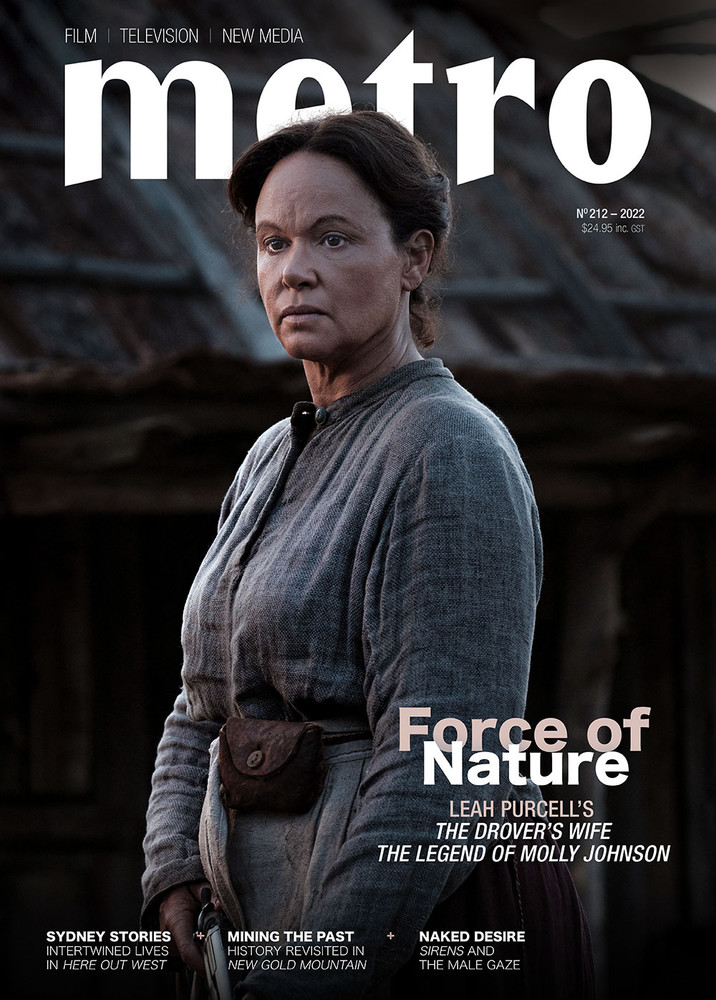 'Mining the Past: Mythmaking and Identity in New Gold Mountain' – Tahney Fosdike

'Horrible Imaginings: Playing with Form in The Tragedy of Macbeth' – Annika Morling
'Cinema Science: Surveying the Landscape of Dune' – Dave Crewe
'A Whole New World: Metaverse as Fairytale in Belle'– Anthony Carew
'Objects of Desire: The Female Body and the Male Gaze in Sirens' – Myke Bartlett

'Hitting Home: Violence and Morality in Mr Inbetween' – Steven Aoun
'Flying the Coop: An Australian Coming of Age in Careful He Might Hear You' – Jarrod Sturnieks