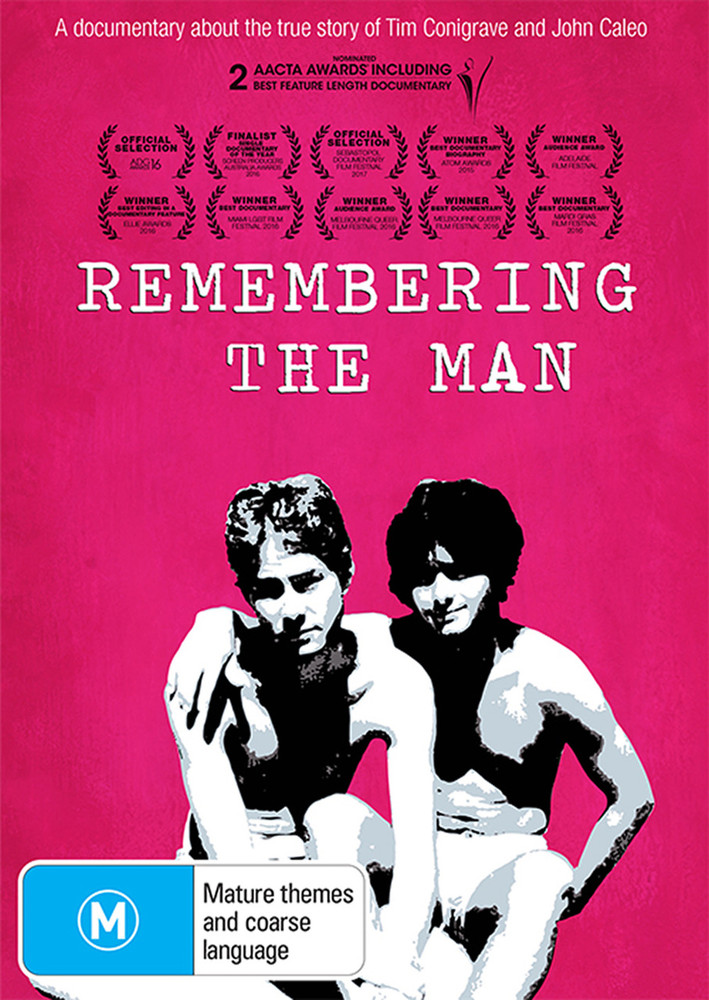 In 1995, Timothy Conigrave's memoir, Holding the Man, was published. The book told the story of his passionate relationship with his first and only love, John Caleo, a relationship that began in high school and ended 16 years later when the AIDS virus struck down both men. Tim’s memoir became an instant classic. Millions of copies have been sold and the book has been adapted for the stage and screen.

Remembering the Man is a feature-length documentary that uncovers the true story of these star cross'd Romeos: their awkward schoolboy romance, their parents' efforts to keep them apart, temptation, infidelity and separation, how they came back together stronger than before, and finally the courage they had to find when they learnt they were both HIV positive.

Through Tim's voice and intimate interviews with friends and colleagues, and unprecedented access to archival footage and family photos, Remembering the Man paints a raw, gritty and intimate picture.

Remembering the Man has won an ATOM Award for Best Documentary – Biography.

Curriculum links:
Remembering the Man is a resource that can be used in middle to senior secondary school levels, with relevance to English, History, Media and Film Studies, Health and Sexuality, and Social Studies.

Their Time in Memorial: Nickolas Bird and Eleanor Sharpe's Remembering the Man

Sex, Text and Epidemic: Queer Relationships, HIV/AIDS and Adaptation in 'Holding the Man' and 'Remembering the Man'