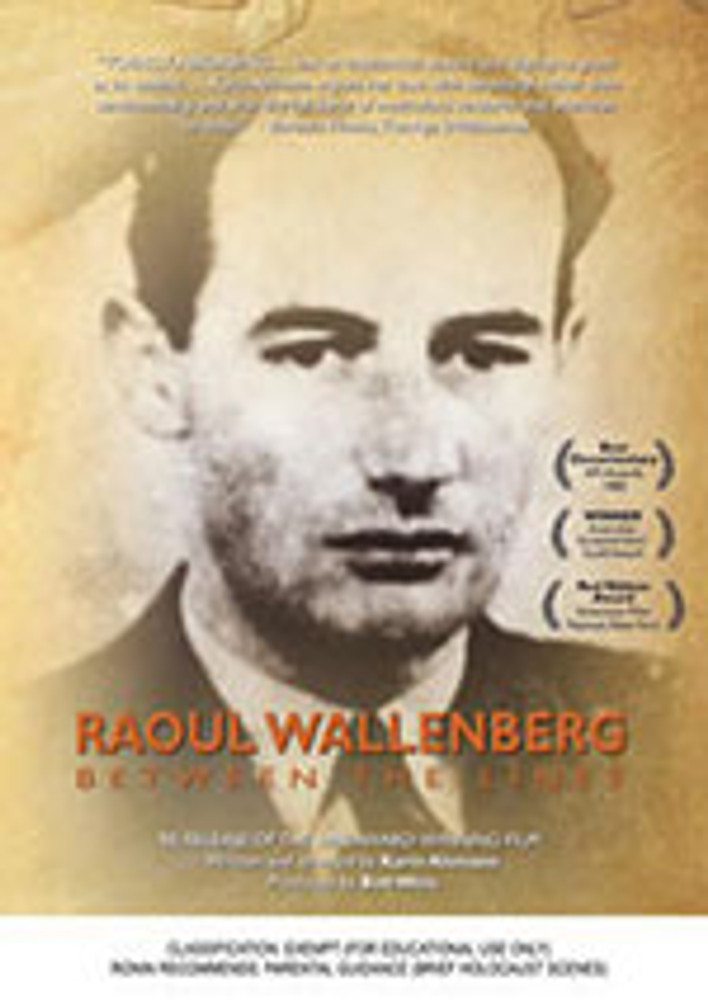 Raoul Wallenberg: Between the Lines

Raoul Wallenberg was an unlikely hero. A Swedish diplomat, he risked his life to challenge the Nazi forces in Hungary and to save the lives of as many as 100,000 Jews in Budapest in 1944.

The Nazis, led by the notorious Albert Eichmann, had already stripped the Hungarian countryside of its Jews by the time Wallenberg arrived in Budapest. Sent by the American War Refugee Board, he knew that Budapest's Jews were destined for Auschwitz unless he could intervene.

Wallenberg devised a system of 'schutzpasses' that allowed Jews to claim they were Swedish, neutral, citizens. These 'passes' had no legal validity but looked real enough to convince the Nazis and their local Fascist allies, the Arrow Cross. Wallenberg issued huge numbers of these passes to save the lives of Jews. Time after time he openly defied German guns to distribute the passes personally to rescue Jews as they were being loaded onto trains bound for Auschwitz.

This award-winning film is a tightly constructed history documentary, a model of its kind, intelligently and sensitively narrated by the filmmaker, Karin Altmann. It incorporates a wealth of archival material – much of it never seen publicly before – and reveals historical and political connections never previously made.

'TOTALLY ABSORBING ... has an intellectual stature and dignity as great as its subject ... Karin Altmann argues her case with sensitivity rather than sentimentality and with the full force of meticulous research and attention to detail.' – Barbara Hooks, The Age

Tracing the Dividing Line Between What Was and What Is: Closed for Winter

Between the Lines: Subtitles in Australia

It's a Fine Line Between Pleasure and Pain: Representations of Masculinity in Gladiator

Brand Boosting: Blurring the Line between Entertainment and Endorsement

A Reflection on the Cinema of Raoul Peck