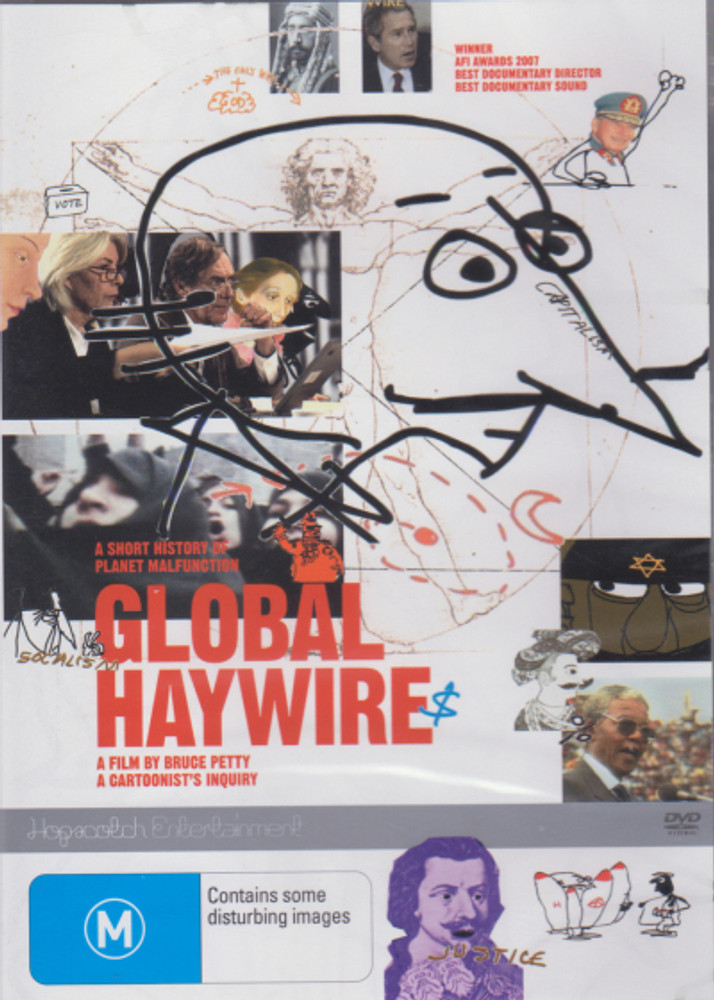 Written, directed and animated by Academy Award-winning filmmaker and political cartoonist Bruce Petty, Global Haywire is a wholly original documentary fable, threading live action and animation with stunning dynamism and originality to tell a tale of how East and West has reached the present crisis point.

A wide-ranging, intellectually nimble and frequently hilarious investigation into the state of the world, Petty gathers a committee of real and animated figures. Weaving in the wisdom of the likes of Gore Vidal, Noam Chomsky, Tariq Ali, George Monbiot, Arundhati Roy and Robert Fisk, along with that of students from around the world, plus a wealth of archival footage, Petty examines issues from globalisation, massive unpayable debts, the spread of nuclear weapons, diminishing oil reserves, terrorism and religious fundamentalism.

Petty's brilliant satirical creation suggests that madness is indeed at the heart of our global situation, and takes just a touch of visual mayhem to put the point across. Winning two AFI Awards, Global Haywire is a crowning achievement in Petty's illustrious career.

Global Haywire: A Documentary on the State of the World