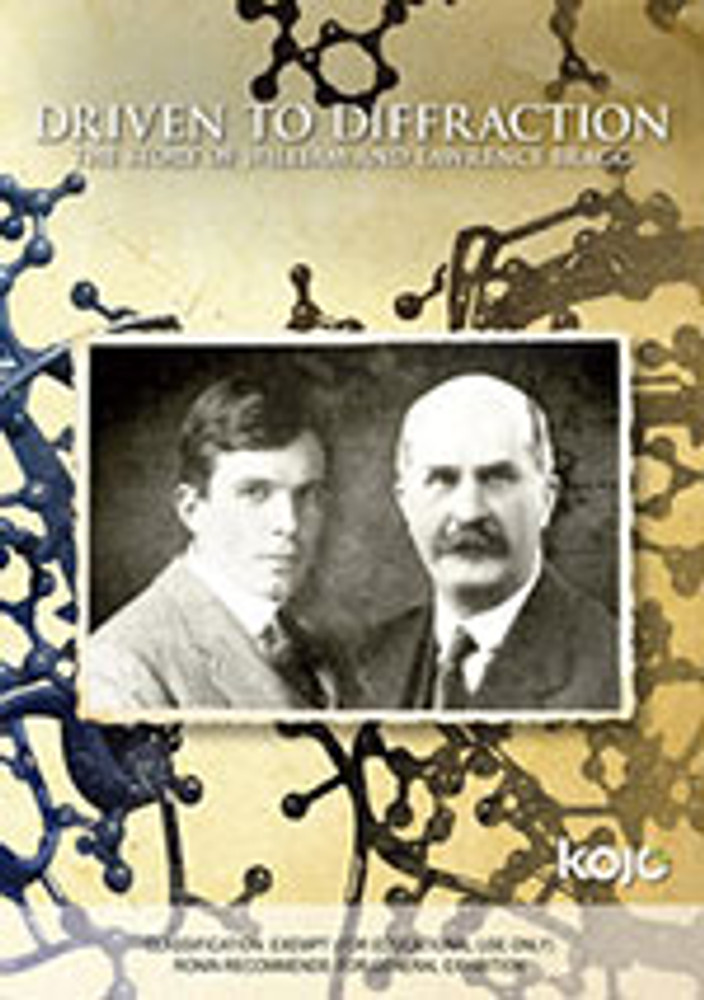 'So much I did not know about my hero, Lawrence Bragg! This film is original, fun and unexpected.' – Robyn Williams, ABC science broadcaster

Driven to Diffraction tells the remarkable story of William Henry Bragg and his son William Lawrence Bragg. Part human interest story, part science lesson, part historical journey of discovery, this 55-minute documentary weaves a spell of enchantment around the tale of two shy men who join the ranks of the most important scientists of the twentieth century.

From origins in Adelaide, their international contributions have been legendary and across many areas, from early work on wireless telegraphy, radioactivity, and acoustic rangefinding of artillery on the battlefields of the Great War, to their celebrated development of X-ray crystallography, for which they won the Nobel Prize in 1915 – the only father-son team ever to have done so. Their work made possible an astonishing list of breakthroughs, including Watson and Crick's discovery of the structure of DNA, radio therapy for cancer, solid state electronics, modern pharmaceuticals, superconductivity and radio astronomy.

Please note: Driven to Diffraction is the first in a series of science biographies designed for general audiences and especially for teenage audiences. The second in the series is Microbes to Macrobes.