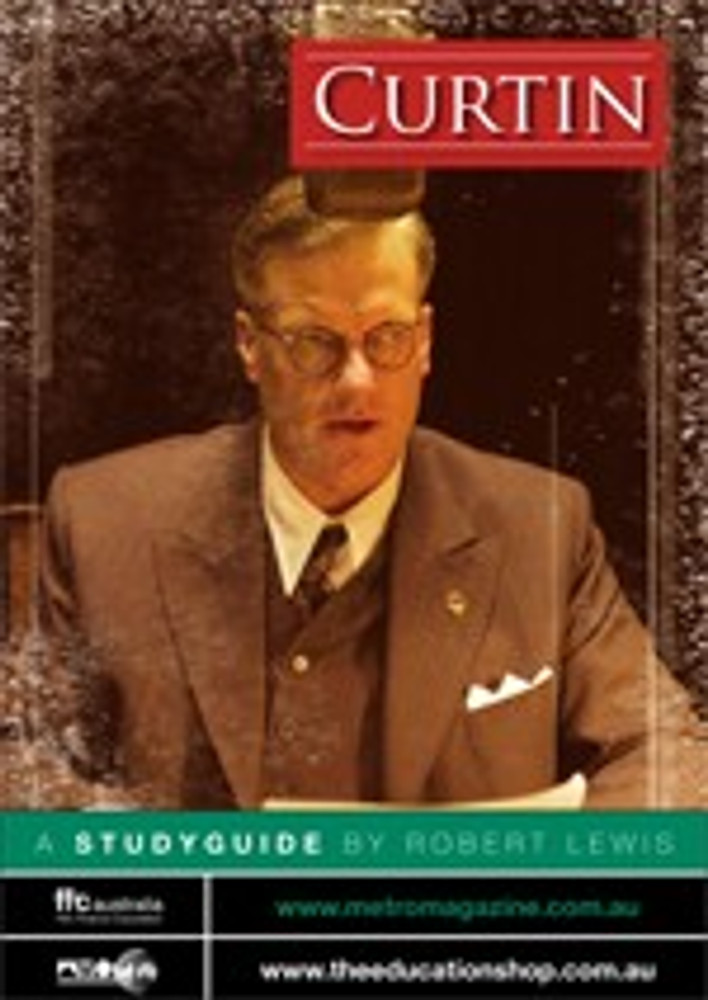 John Curtin is generally considered to be one of Australia's greatest Prime Ministers.

But what's behind the history books? What were the realities that he faced at the time? What qualities did he show? What failings?

Curtin (Jessica Hobbs, 2007) can help your students explore these questions while developing a greater knowledge and understanding of and empathy with Australia's World War Two situation.

The 92-minute film takes its viewers behind the political scenes in wartime Australia.