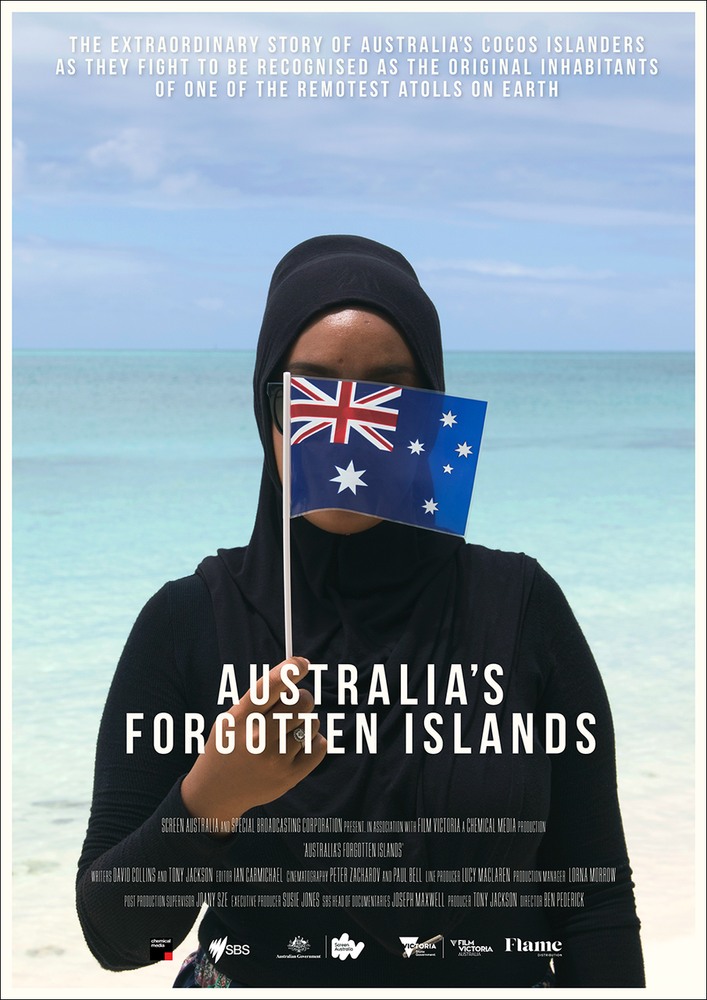 Australia's Forgotten Islands (Chemical Media, 2018), is a 47-minute documentary exploring some significant issues facing the people of the Australian External Territory of the Cocos (Keeling) Islands in the Indian Ocean. The islands were originally settled in the 1820s by private merchants, who imported labourers from across South East Asia to work on coconut plantations. Although annexed by the British Empire and later transferred to Australia, the islands were effectively ruled by a single Scottish family for over 150 years.

In 1984, the islanders ended this colonial arrangement by voting to fully integrate with Australia, paving the way for the Cocos Islands to become an Australian External territory. Only two of the 27 islands that make up the Cocos archipelago are inhabited – and they are home to two starkly different communities. West Island has a mostly transient population of contract workers, military personnel and voluntary castaways from the Australian mainland who enjoy all the benefits of sun, sea and duty-free living. While Home Island has a permanent Malay-speaking Muslim population, many of whom are descended from the labourers imported to work on the islands’ coconut plantations nearly two hundred years ago.

This film allows students to explore these issues by:

The film could be used at middle-senior years (9-12) to explore aspects of the Australian Curriculum in:

ATOM has also produced a study guide for Australia's Forgotten Islands. This study guide is available for download here.