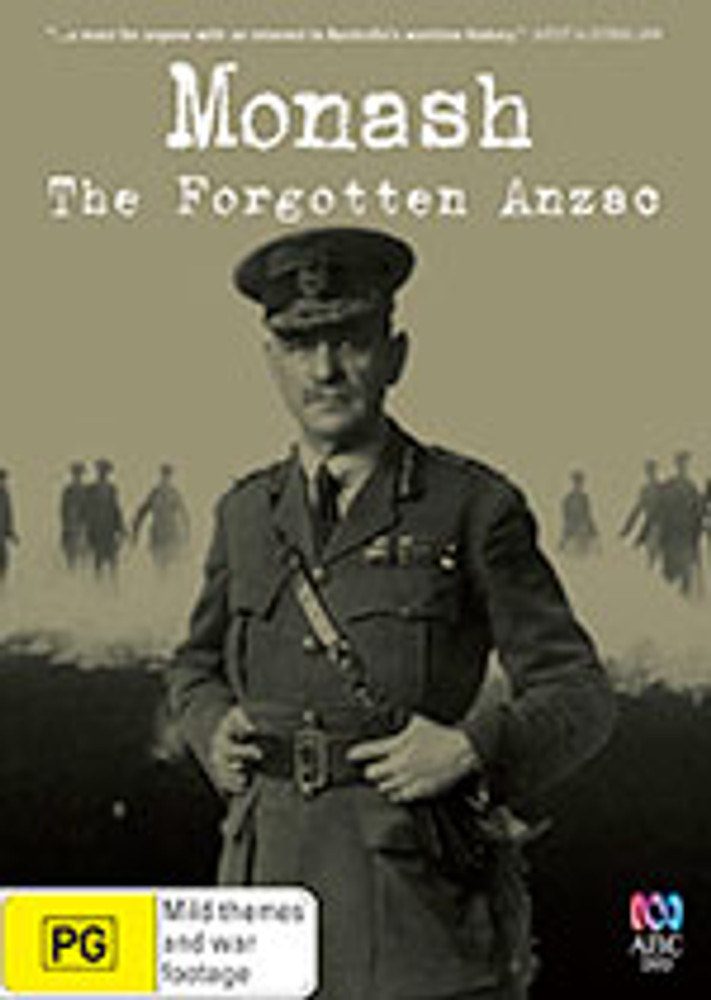 One of the most brilliant generals of World War One and an architect of Anzac Day, Sir John Monash helped create the Anzac legend by ensuring the courage of his men was enshrined in Australian history. Today he is all but forgotten.

Monash: The Forgotten Anzac explores the character and achievements of an extraordinary figure in Australian history, the battles he fought both on and off the battlefield, and the prejudice he overcame to help win a war.

It is the story of an unlikely hero; a middle-aged engineer powered by great self-belief who, despite his descent from a German Jewish immigrant family, fought both the German army and those on his own side determined to use his background against him.

To many, Monash's cultured European background made him unsuitable to command an army made up of egalitarian Australian volunteers, but his sophistication and ease with the British aristocracy allowed him to exhibit his skill as a military strategist. Defeating powerful opposition to become commander of the Australian Corps, Monash devised a plan that won key World War One battles and saved thousands of lives.

It was largely through his efforts during the war and its aftermath that the Anzac legend was forged and the soldiers of the Australian and New Zealand Army Corps became famous for their qualities of courage, mateship and sacrifice.

Monash: The Forgotten Anzac examines Monash's key military victories and the hidebound military culture he overturned to win them. And it introduces us to Monash, the man.