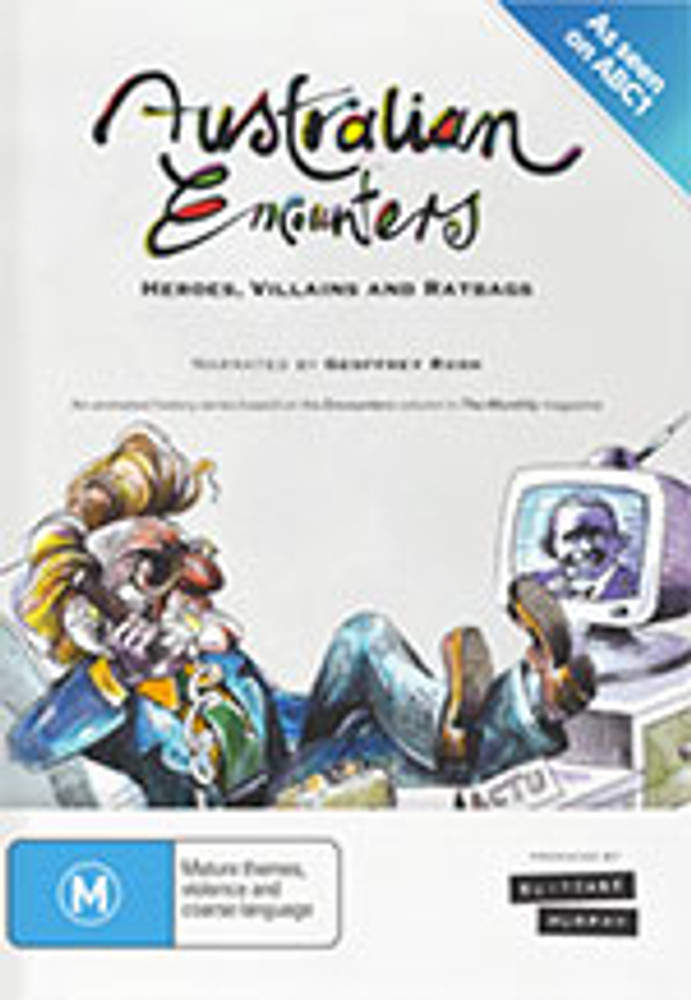 What happened when Bob Hawke locked horns with Frank Sinatra, when Lionel Rose sparred with Elvis, and when Enrico Caruso slipped a hot sausage into Nellie Melba's captive palm?

In the great tradition of the Australian yarn, this informative, astringent and often astonishing animated history series serves up the answers to these and many other equally intriguing questions.

Based on the long-running and very popular 'Encounters' column, created by Shane Maloney and Chris Grosz, and published in The Monthly magazine, the ten-part (short form) series presents a collection of memorable meetings between well known Australians and prominent international figures. Based entirely on actual events, each one is a fabulous little story.

Australian Encounters can be used in middle and upper secondary classrooms as starting points to engage students in a variety of curriculum areas – History, English, Art and Media Studies.

The ten three-minute episodes are:

Australian Leadership Reader, The: Six Leading Australians and Their Stories