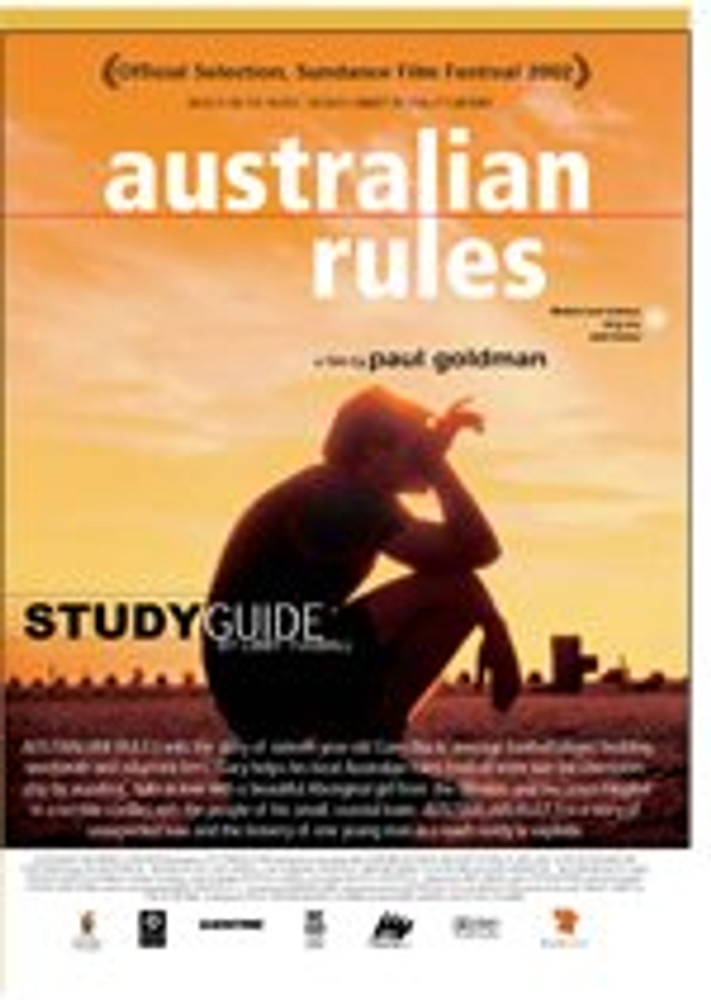 Australian Rules tells the story of sixteen-year-old Gary Black, average football player, budding wordsmith and reluctant hero. Gary helps his local Australian rules football team win the championship by accident, falls in love with a beautiful Aboriginal girl from the Mission, and becomes tangled in a terrible conflict with the people of his small coastal town. Australian Rules is a story of unexpected love and the bravery of one young man in a town ready to explode. Australian Rules is adapted from Phillip Gwynne's book, Deadly Una? The book won the Children's Book Council of Australia's Book of the Year for Older Readers Award in 1999, and was highly praised for its reconciliation message. The film is a story of mateship and love that is both confronting and sensitive. The story takes a strong anti-racist stance. Australian Rules will be relevant to students of Cultural Studies, Indigenous Studies, Australian Studies, Studies of Society and Environment, English, Drama and Media Studies. The film is suitable for students from middle to senior secondary school and at the tertiary education level. Many of the activities are based on an integrated curriculum approach, drawing on English skills, as well as content understanding from other disciplines.

PNG: The Rules of the Game (ATOM Study Guide)