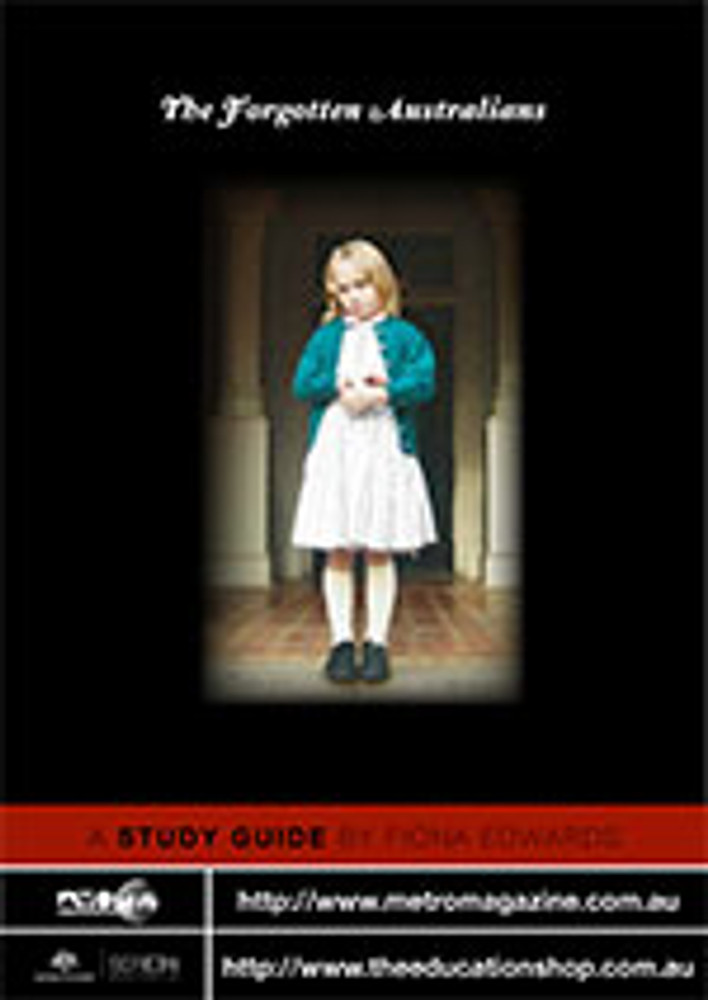 Says Nicola Woolmington, writer and director of the documentary:

This is the story of CLAN and two women that took over ten years to take their silent history to Canberra and Australia. It's an untold story shared by more than 500,000 children who were placed in institutional homes in Australia from 1930 to 1980. Leonie Sheedy and Joanna Penglase were both raised in care and grew up in a loveless system. They formed a support and advocacy group, called CLAN, for people like themselves. Their combined talents gave them the courage to overcome indifference and finally be heard. This is the long-awaited documentary which took five years to make and followed some of their struggle to where they are today.

As many as 500,000 children were placed in care up until the 1980s and while some children were better off with the physical care they received, far more suffered long lasting physical, psychological and emotional abuse.

At the time, who could they tell? Who would have believed them? How could this ever happen to so many children?

The Forgotten Australians is an untold story, recounted with courage and candour as child survivors are today finding the voice and recognition that they deserve.

This documentary deals with a range of issues including social justice, family and the rights of the child and will be of interest to students in the middle to senior secondary levels in the following studies.