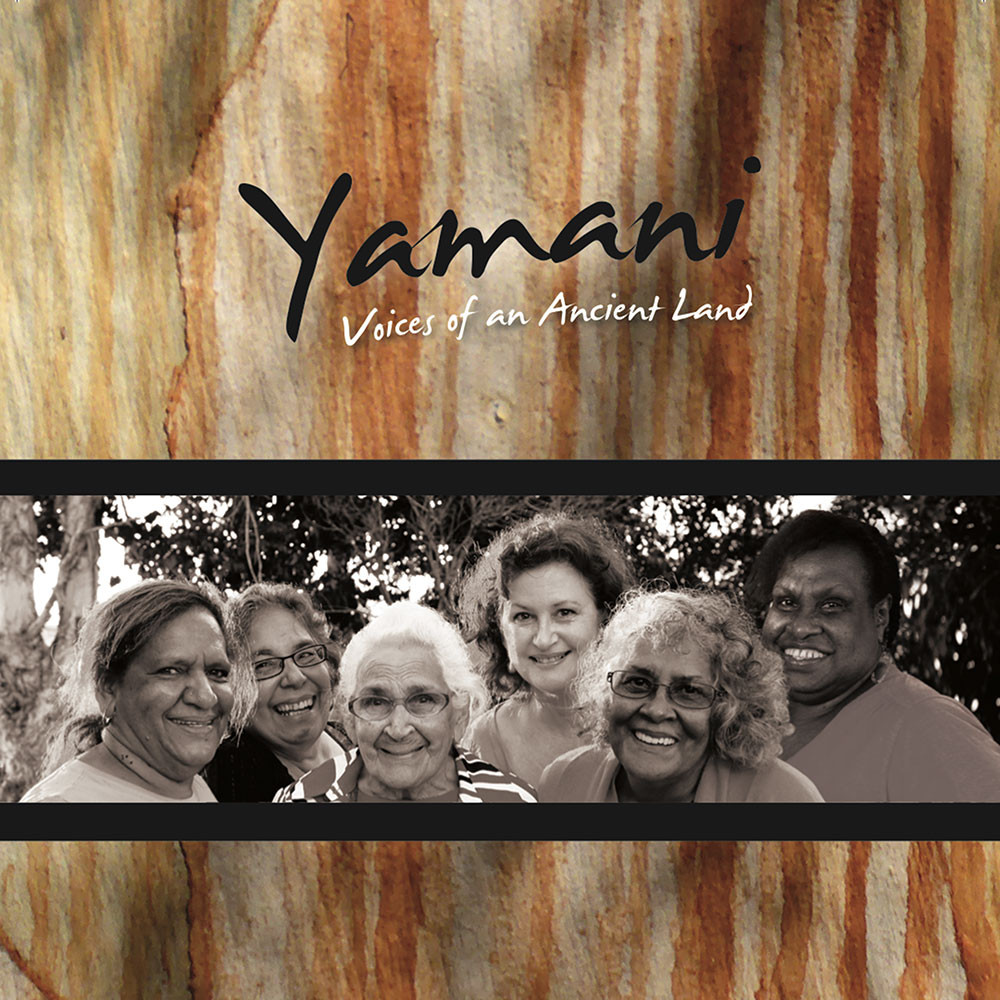 Yamani: Voices of an Ancient Land

For tens of thousands of years, the rich and beautiful sounds of hundreds of different languages washed across Australia; it is believed there were more than 500 at one time. Around 200 years ago, a new language began to replace them, sweeping across the land with such force that some parts of the land could no longer hear the voices that told its stories and held its secrets. A deep silence seemed to be looming.

Then, finally, a change began. As the volume of the old words faded to a whisper in some places, the people who are their custodians began to take action – calling for respect and for the right to speak and be heard in their traditional tongues, while stirring everyone to appreciate the treasury of knowledge held in the languages of this land.

This collection of songs is part of that call. Its creators hope you will join with them by listening or singing along, to let this ancient land once again – and in ever-louder volume – hear the voices that hold and tell its stories.

Year My Voice Broke, The

This Is My Land or This Land Is Me?