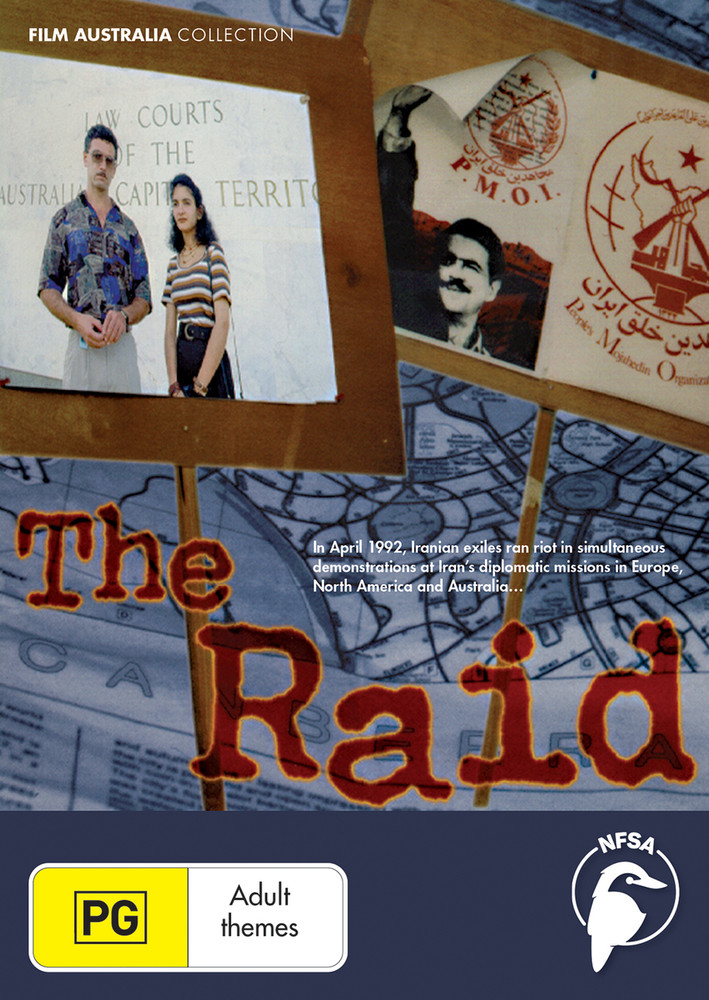 In April 1992 Iran's diplomatic missions in Europe, North America and Australia were simultaneously attacked by protesters, after the Iranian Government issued a press release claiming that its jet fighters had bombed and killed 1500 members of an opposition resistance movement based in refugee camps in Iraq. Eleven Iranian-Australians were charged with offences relating to a demonstration in Canberra. The Raid tells their stories and explores the complexities of the refugee experience. The program throws into sharp relief issues such as discrimination, xenophobia, religious fundamentalism, justice and the role of the media in a multicultural society such as Australia.