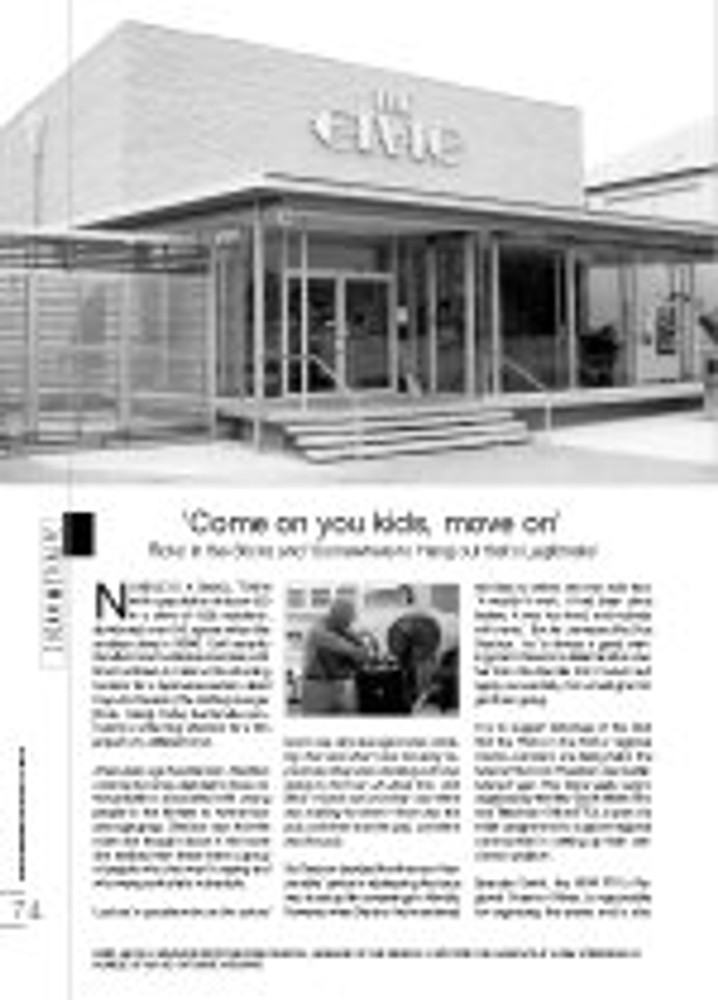 'Come on You Kids, Move On' - Flicks in the Sticks and 'Somewhere to Hang out that's Legitimate'

'Nundle is a small town with a population of about 300 in a shire of 1392 residents, distributed over 615 square miles (the smallest shire in NSW). Until recently Nundle's most notable association with films had been in 1968 as the shooting location for a Japanese western called Koya No Toseinin (The Drifting Avenger) [Sato, 1968]. Today the Nundle community is attracting attention for a film project of a different kind.'

I Can Change Your Mind About Climate (ATOM Study Guide)

Haughty by Nature: The Teen Comedy Genre in 10 Things I Hate About You

At the Flicks: The Talkies'

Cracking the Code: Looking at Men Letting It All Hang Out