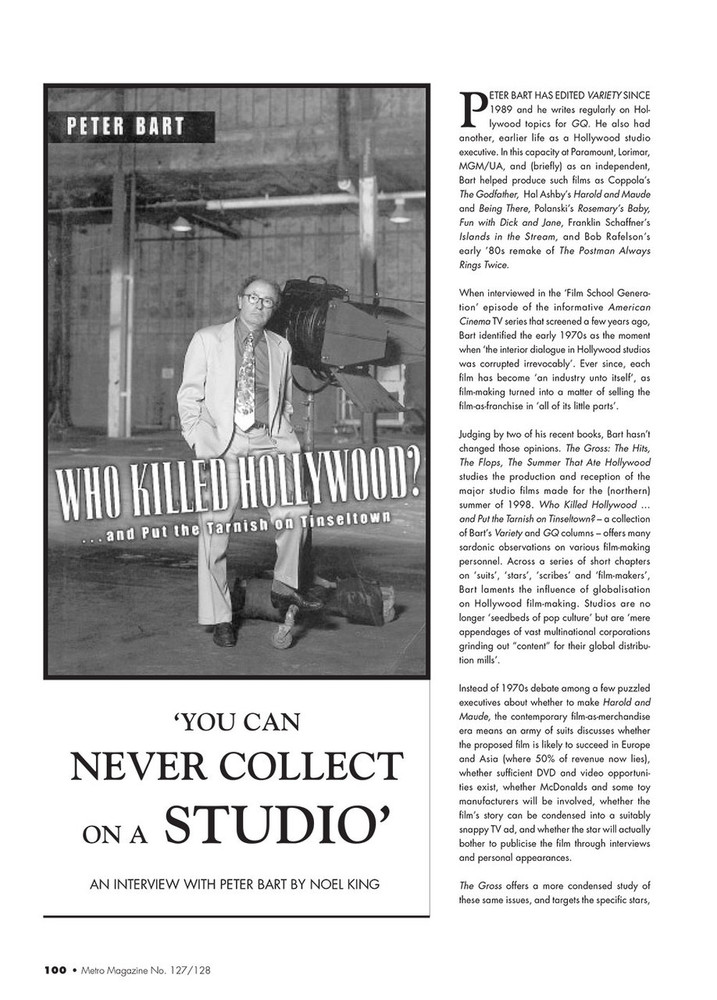 You Can Never Collect on a Studio': An interview with Peter Bart by Noel King

Peter Bart has edited Variety since 1989 and he writes regularly on Hollywood topics for GQ. He also had another, earlier life as a Hollywood studio executive. In this capacity at Paramount, Lorimar, MGM/UA, and (briefly) as an independent, Bart helped produce such films asFrancis Ford Coppola's The Godfather (1972), Hal Ashby's Harold and Maude (1971) and Being There (1979), Roman Polanski's Rosemary's Baby (1968), Fun with Dick and Jane (Ted Kotcheff, 1977), Franklin Schaffner's Islands in the Stream? (1977) and Bob Rafelson's early 1980s remake of The Postman Always Rings Twice (1981).

Piecing Together the Puzzle: An Interview with Peter Duncan

The Insider's Guide to Writing TV: An Interview with Peter Cox

Things That Move Fast Through a Landscape: An Interview with George Miller by Noel King