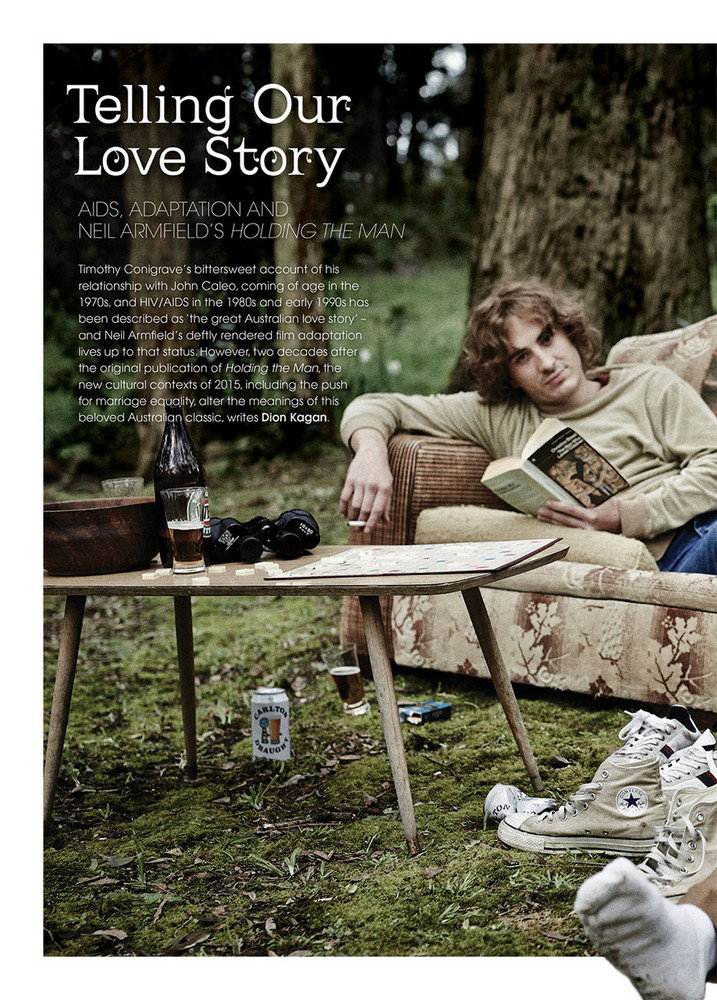 Timothy Conigrave's bittersweet account of his relationship with John Caleo, coming of age in the 1970s, and HIV/AIDS in the 1980s and early 1990s has been described as 'the great Australian love story' – and Neil Armfield's deftly rendered film adaptation lives up to that status. However, two decades after the original publication of Holding the Man, the new cultural contexts of 2015, including the push for marriage equality, alter the meanings of this beloved Australian classic, writes Dion Kagan.

The Sounds of Love and Monotony: Telling Stories without Speech in Samson & Delilah

Sex, Text and Epidemic: Queer Relationships, HIV/AIDS and Adaptation in 'Holding the Man' and 'Remembering the Man'