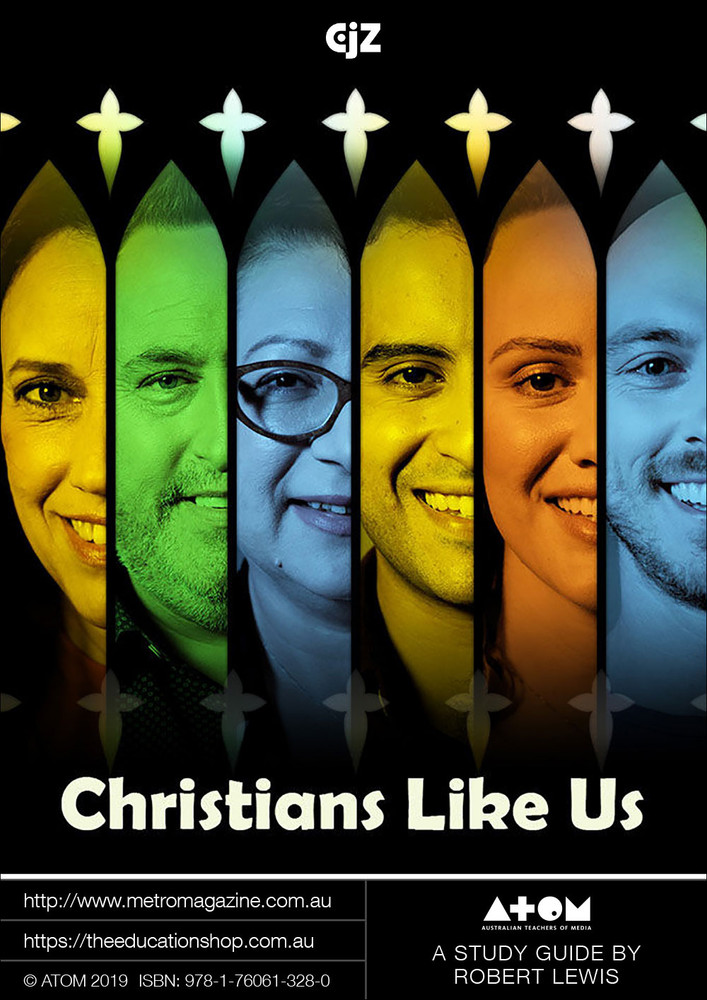 Christianity is the world's most popular religion. Over a period of 2000 years it has contributed to the development of western civilisation and the development of human rights, as well as to many deaths and abuses. Christianity is also Australia's most populous religion, and has been the basis of Australia's legal and political system since 1788. So, what Christians believe, and the way they act, are significant.

There has never been a better time to put Christianity under the microscope.

Christians Like Us is a compelling two x one hour series for SBS Television, where ten Australian Christians of vastly different beliefs must live in a house together for seven days, to debate the hot topics of their faith. It's a week of shocking revelations, emotional outbursts and surprising insights as they tackle sexual abuse in the church, abortion, gay conversion therapy and women as priests.

From fundamentalist to ultra-progressive, charismatic to controversial - the ten participants are passionate and opinionated - a far cry from the cliché of the quiet cardigan-wearing Christian. From the moment they arrive - the housemates are shocked to discover there is a Mormon in the house. Most of them don't even consider Mormons as Christian. Her mission is to prove she is part of Christianity. To add to the controversy, some participants haven't revealed everything about themselves to the others. How will the group react when they discover one of their housemates is an abortion doctor? Another endured years of gay conversion therapy by the church. And one housemate was the victim of sexual abuse at the hands of a priest.

The Christians will also come face to face with the non-believers - being forced to defend their faith to atheists and hecklers at Sydney's Speakers Corner, and sit awkwardly at a raucous comedy club in one of Australia's most secular suburbs. They'll also meet unorthodox Christians who prefer pub stools over church pews.

Often fiery, sometimes confronting, always powerful, Christians Like Us will shine a light on what it means to be Christian in Australia in 2019. Ultimately, the ten Christians will attempt to answer the toughest question of all. With Christian numbers declining across the western world, how will they save their religion?

Christians Like Us is an accessible resource that could be used in Years 10-12 classes in: