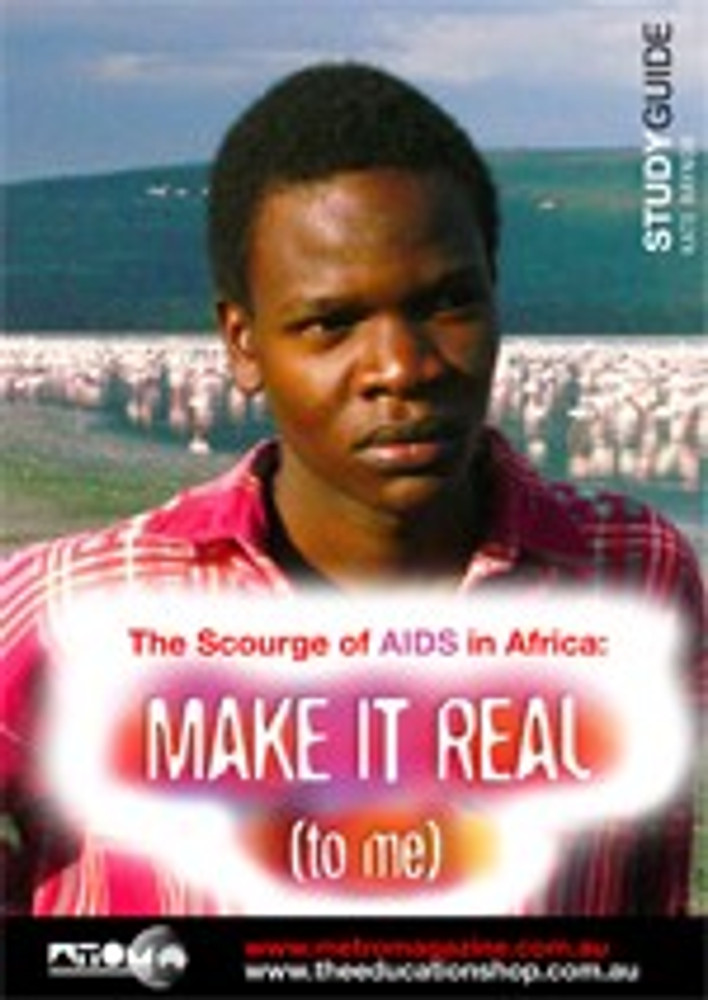 Make It Real (To Me) (ATOM Study Guide)

Make It Real (To Me) is an inspiring 2005 documentary film suitable for secondary students about the impact of AIDS on young people in Kenya and how charities are working to help them. Kevin Sumba's father died of AIDS when he was seven years old. Three years later, his mother died too, leaving Kevin alone. Like the other 1.5 million Kenyan children orphaned by AIDS he lived alone in a shack without electricity, telephone or running water for seven years, lonely and desperate for an education. Fortunately, a charity began to pay for his school fees when he turned seventeen. The film follows Kevin on his journey to understand the terrible suffering that HIV/AIDS has wrought upon his country and his desire to become a doctor in order to help those afflicted with the disease that robbed him of his parents.

The film and study guide of Make It Real (To Me) have a wide-ranging application in the classroom, particularly for Media Studies and English (documentary, personal journey) and in any course promoting safe sex and exploring the issues around strategies of infection prevention. The study guide encourages student to learn about the social, political and economic ramifications of HIV/AIDS and the social and cultural issues facing not only nations such as Kenya in the fight against AIDS but Australia and other developed nations.

Make It Real (To Me) is relevant to secondary students in the key learning areas of: