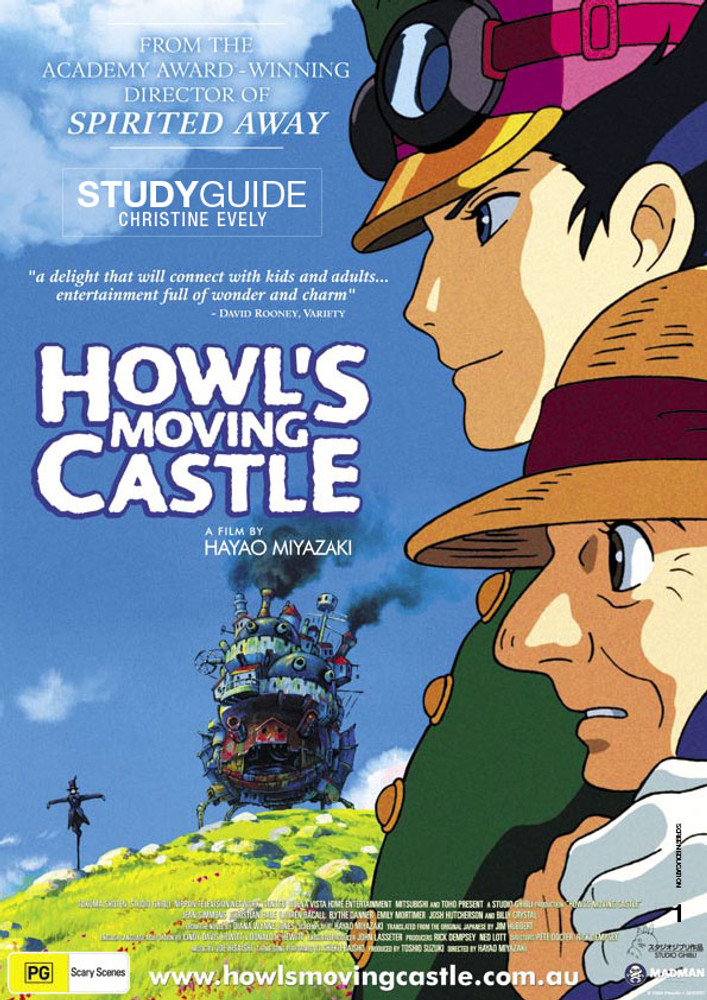 Howl’s Moving Castle is an animated 2006 feature film, rated PG, for students from Year 4 through to senior secondary and tertiary. Based on the book by Diana Wynne Jones and made by Hayao Miyazaki, the director of Spirited Away, the film is a magical adventure that has a complex and multi-layered narrative that will be understood in a variety of ways depending upon the ages and cultural backgrounds of viewers and their previous experiences, especially with anime and manga.

Sophie, an average teenage girl working in a hat shop, finds her life thrown into turmoil when she is literally swept off her feet by a handsome-but-mysterious wizard named Howl and is subsequently turned into a 90-year old woman by the vain and conniving Wicked Witch of the Waste. Embarking on an incredible odyssey to lift the curse, she finds refuge in Howl's magical moving castle. Sophie's love and support comes to have a major impact on Howl, who flies in the face of orders from the palace to become a pawn of war and instead risks his life to help bring peace to the kingdom.

The film and the study guide (which is written for Years 5–9) can be used in the classroom in a variety of ways, including comparing the book and film at primary level and film as text at secondary level. Worksheets are provided to help students learn about how the narrative in the film is constructed and students are encouraged to visit the website of the film and critically analyse how it markets the film. Genre elements in the film are explored including fairy tales, anime and manga. Students are taught how to write a film review and the production and style of the film are described in detail.

The film and the study guide of Howl’s Moving Castle are relevant to: