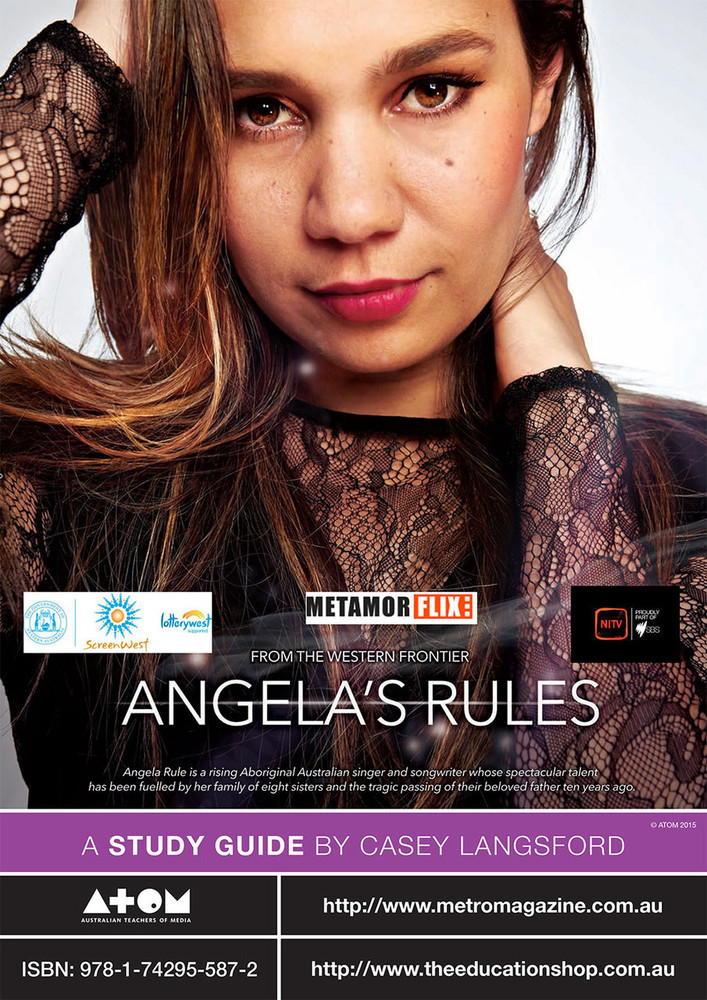 'Angela's Rules' explores the life of Angela Rule, who is a rising Aboriginal Australian singer and songwriter whose spectacular talent has been fuelled by her family of eight sisters and the tragic passing of their beloved father ten years ago. From childhood, Angela Rule was destined to become a pop singer. As the eldest of nine girls growing up in Perth, she stood out for her beautiful voice and songwriting talent. Her father Kevin was an artist and traditional dancer who inspired Angela to follow a path of creativity. However, life turned upside-down for the Rule family when their father was killed in a shocking one-punch incident. At the tender age of seventeen, Angela sacrificed her musical ambitions and took on the responsibility of supporting her grieving mother and eight sisters. The grief spurred Angela to express her own feelings through songwriting. Now, ten years later, she is making her mark in the pop world. Drawing deeply on the life experiences of her sisters and herself, she has created a repertoire of catchy and moving songs, which she performs in a gutsy, engaging style to big crowds around Perth. 'Angela's Rules' is a poignant and upbeat story of resilience and courage and is a testament to the healing power of creativity.

This series directly engages with the cross-curriculum priority 'Aboriginal and Torres Strait Islander histories and cultures'. It can also be connected to the learning domains of Humanities (History and Geography) and English for the middle-school classroom (Years 7–10).

From the Western Frontier: Angela's Rules