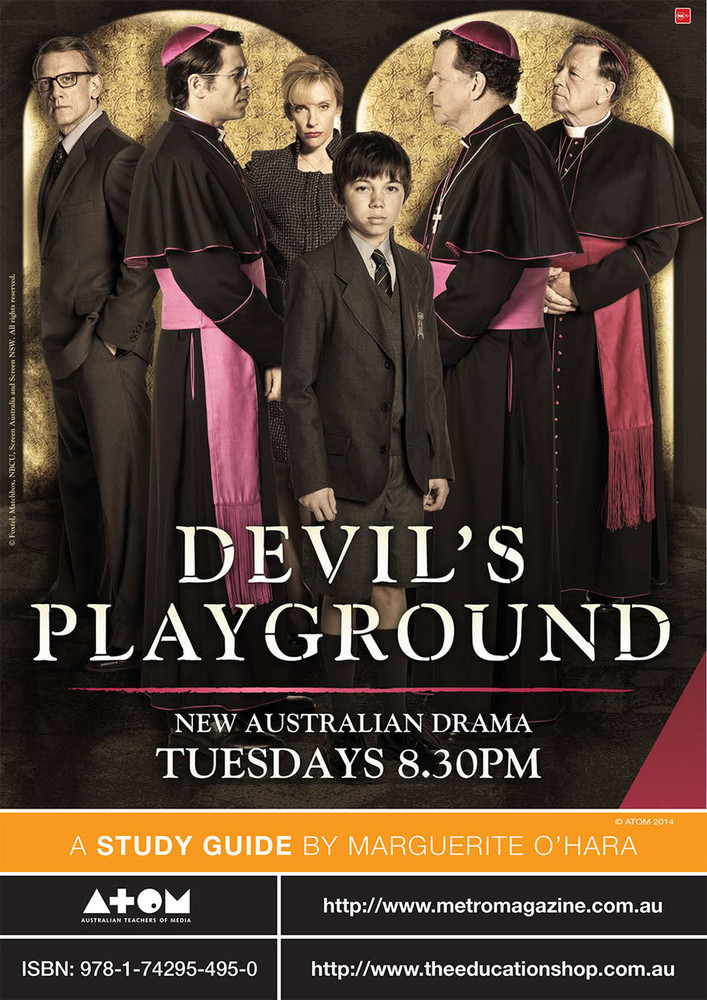 Devil's Playground is a six-part psychological thriller set in the churches, schools and upper echelons of power in the Australian Catholic Church during the 1980s. Thirty-five years after the original Fred Schepisi film (The Devil's Playground), Tom Allen (played by Simon Burke in both the movie and the miniseries) is now a respected psychiatrist and secular confessor to the Catholic clergy, who becomes entangled in political and theological intrigue.

The series is a drama with actors playing the roles of the families, the clergy and the politicians.

The story told in Devil's Playground is set in 1988, some twenty-five years before the Federal Labor Government in Australia established a Royal Commission into Institutional Responses to Child Sexual Abuse to investigate the extent of child abuse by institutions, including the Catholic Church, over many decades and to expose the ongoing attempts within these institutions to cover up these crimes.

The issues the series addresses are not particular to Australia. Throughout the world – in Ireland, Europe, Canada, the United States, England and in many other countries – physical and sexual abuse of children in the care of the Catholic Church has been an issue hidden in the shadows but struggling into the clear light of day as increasing numbers of victims come forward to tell their stories. This series dramatises just some of those stories.

Devil's Playground is suitable for upper middle and senior secondary students. It would fit well within a number of curriculum areas, including English, Australian Society and Culture, Religion and Society, Values and Ethics, Psychology, Philosophy and Media Studies.