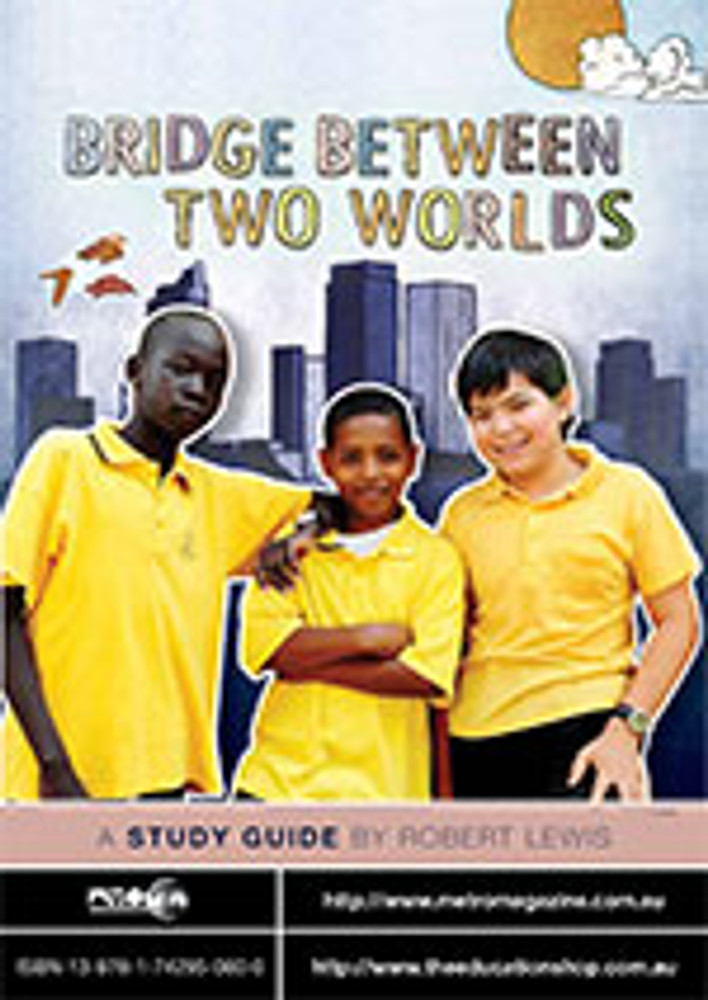 Bridge Between Two Worlds (Shireen Narayanan, 2011, 54 minutes) charts the remarkable story of three newly arrived refugee children as they make their way through the last six months of an intensive English course at the Highgate Primary School in Perth, Western Australia. It follows their often emotional journey as they come to terms with a new language in a strange environment while dealing with a very unfamiliar society.

At times provocative and poignant, but full of youthful energy and humour, Bridge Between Two Worlds interweaves three stories of hope against a backdrop of war, separation and loss. The children, Filimon, Martin and Mujtaba, share the challenges of taking their first tentative steps towards their new lives, but they have had very different journeys from each other.

Filimon, a twelve-year-old from war torn Eritrea, spent seven years in a Sudanese refugee camp before coming to Australia. He is in a race against time to get ready for the daunting transition from primary to high school. With virtually no prior schooling, Filimon struggles to come to terms with the academic demands of Year 7. The possibility of being placed in a mainstream high school threatens to put him at risk. Martin, also twelve years old, was a refugee in Uganda for eleven years. He dreams of playing football for his newly adopted country. Martin strives to realise the ambitions of his father, from whom he has been separated for most of his life. Mujtaba, a thirteen-year-old from Afghanistan, on the surface seems to be well adjusted but is still dealing with the trauma of his past. His family, who fled racial and religious persecution at the hands of the Taliban, have only recently been reunited.

Bridge Between Two Worlds tells these stories from the children's own perspective and allows an audience unique access into their emotional world. It provides a beautifully intimate portrait of their struggles and their triumphs. The six-month period over which Filimon, Martin and Mujtaba's stories unfold is an important bridge from their troubled past to their potential future. The documentary explores the sometimes difficult decisions that these pre-teens confront. What becomes very clear at every step of this story is how these children's infectious enthusiasm and sheer determination help them to deal with the enormous obstacles in their path. At the same time, it provides a touching, dynamic and entertaining insight into the everchanging face of Australian society. The magnitude of their achievements can only be fully understood in the light of the heartbreaking reality of their past.

There is one person who knows what these children face every day. Tania Bertocchi is the teacher who guides these children through this new and unfamiliar landscape. Tania's classroom, a world away from the lives they have left behind, is a safe haven where they can begin to begin to explore and understand their new world. Stylistically, Bridge Between Two Worlds is a rich tapestry. Observational documentary is interwoven with animation, the children's photography, artwork, songs and storytelling, and evocative exploration.

Bridge Between Two Worlds is a suitable resource for use in English and SOSE/HSIE classes at middle and senior secondary levels.

Between a Frock and a Hard Place (ATOM Study Guide)