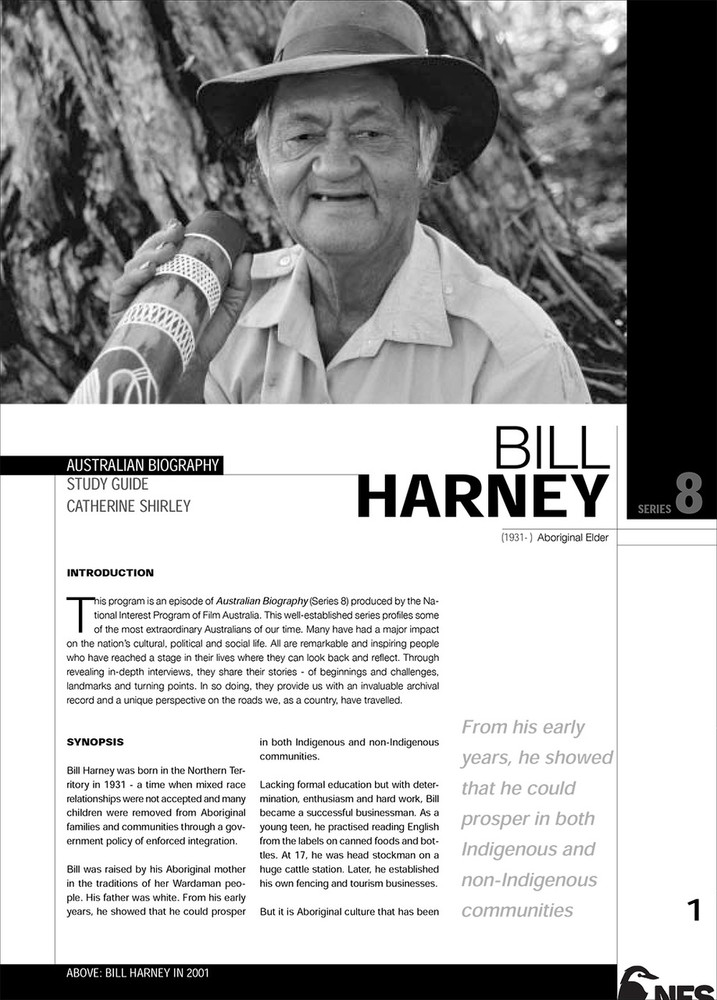 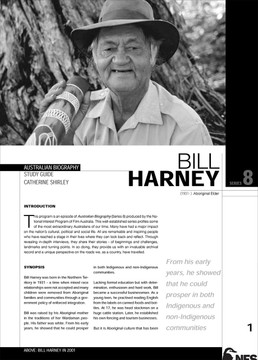 Bill Harney was born in the Northern Territory in 1931 - a time when mixed race relationships were not accepted and many children were removed from Aboriginal families and communities through a government policy of enforced integration. Bill was raised by his Aboriginal mother in the traditions of her Wardaman people. His father was white. From his early years, he showed that he could prosper in both Indigenous and non-Indigenous communities. Lacking formal education but with determination, enthusiasm and hard work, Bill became a successful businessman. As a young teen, he practised reading English from the labels on canned foods and bottles. At 17, he was head stockman on a huge cattle station. Later, he established his own fencing and tourism businesses. But it is Aboriginal culture that has been the defining influence in Bill's life. A fully initiated Wardaman man and respected elder, Bill is a custodian of his people's stories, including the remarkable Lightning Brothers paintings - some of the world's most famous rock art. In this interview, Bill recalls the hard school that is bush life. He introduces us to Wardaman culture and talks of the problems facing Indigenous Australians and his hopes for the future. He also explains the importance of remaining connected to traditional ways and the land, and speaks with feeling and insight about surviving in two very different worlds - black and white.