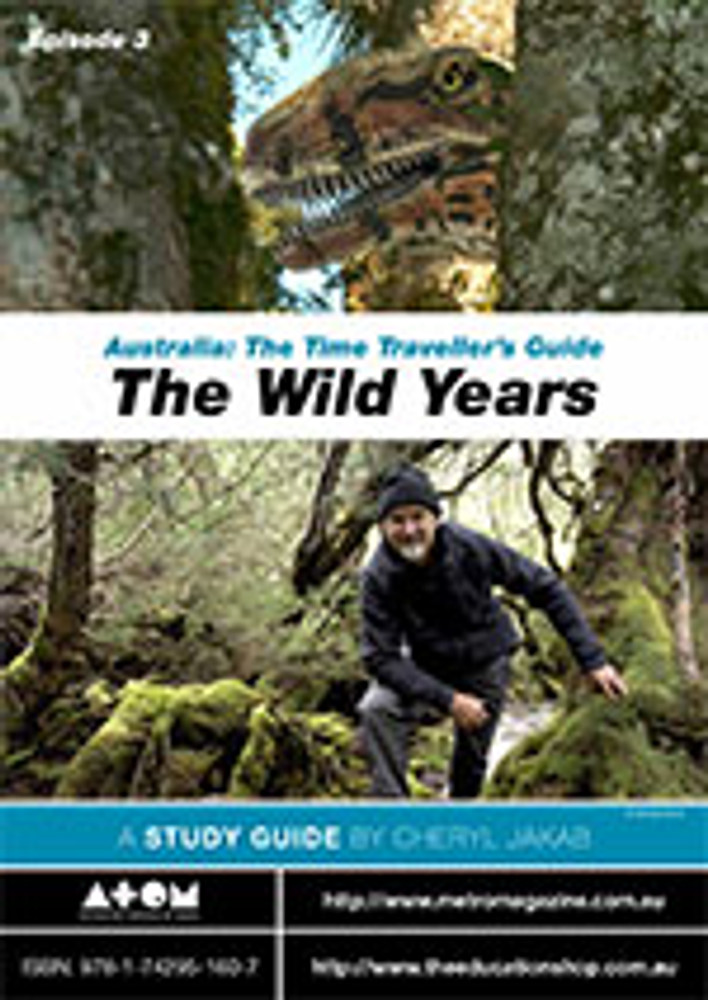 Of all continents on earth, none preserve the story of the formation of our planet and the evolution of life quite like Australia. Nowhere else can you simply jump in a car and travel back through the entire history of the world.

Australia: The Time Traveller's Guide takes you on a rollicking adventure from the birth of the earth to the emergence of the world we know today. Buckle up for a rocky ride down the road of time with series host Dr Richard Smith. Over four one-hour episodes, we meet titanic dinosaurs and giant kangaroos, sea monsters and prehistoric crustaceans, disappearing mountains and exploding asteroids. Epic in scope and intimate in nature, this is the untold story of the land down under, the one island continent that has got it all. So join the good doctor for the ultimate outback road trip: an exploration of the history of the planet as seen through the mind-altering window of the Australian continent.

This series consists of four one-hour episodes telling the story of our evolving earth through a geologist visiting important geological sites of Australia.

This is the third program in the four-part series Australia: The Time Traveller's Guide telling the story of our evolving earth. After navigating the perils at the end of the Permian, our journey spends tonight in the Mesozoic just in time for the age of dinosaurs, down under.

Things get off to a shaky start, though, with the planet so devastated that the landscape where Sydney now stands has become a sandy wasteland. Though the occasional dinosaur might be seen making its way across this difficult country, until recently nearly everything we've known about the age of dinosaurs has come from other continents. But as we shall soon discover, Australia languishes as a Mesozoic backwater no longer. New discoveries are revealing a southern landscape ruled with a reptilian rod: dinosaurs stomping on the west, stampeding in the east and shivering in the south. Some of these animals were among the largest dinosaurs to have walked the planet. In today's desert heart we plunge into an ancient inland sea, full of monsters. But reptiles didn't have the world all to themselves. Mammals like the enigmatic platypus lived alongside them, ready for their moment in the sun.