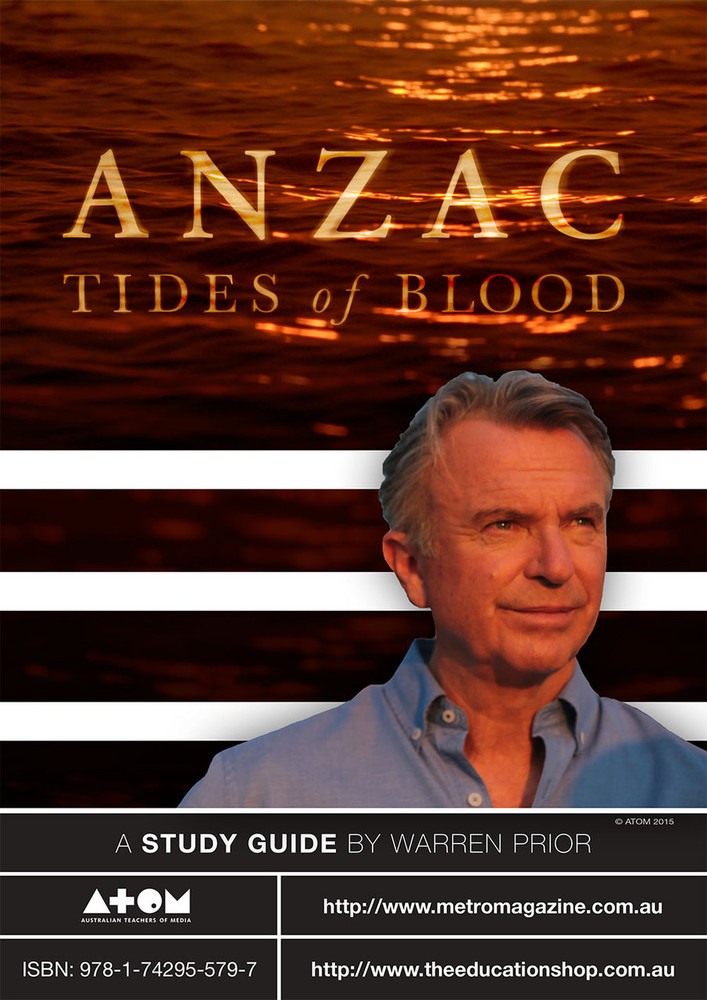 This 90-minute telemovie has a particular focus on the Australian and New Zealand Army Corps (ANZACs) in the First World War, but it also places the participation of Australia and New Zealand in wartime in context, from the Boer Wars in the late nineteenth century to current conflicts in the Middle East.

Anzac: Tides of Blood is a production of Frame Up Films (New Zealand) and Essential Media and Entertainment (Australia), funded by Screen Australia, New Zealand On Air and the New Zealand Film Commission. This cross-nation team is what makes this film different from most other films about the ANZAC legend in that it provides a strong New Zealand voice and representation of its participation in wars, instead of the more usual Australia-centric perspective.