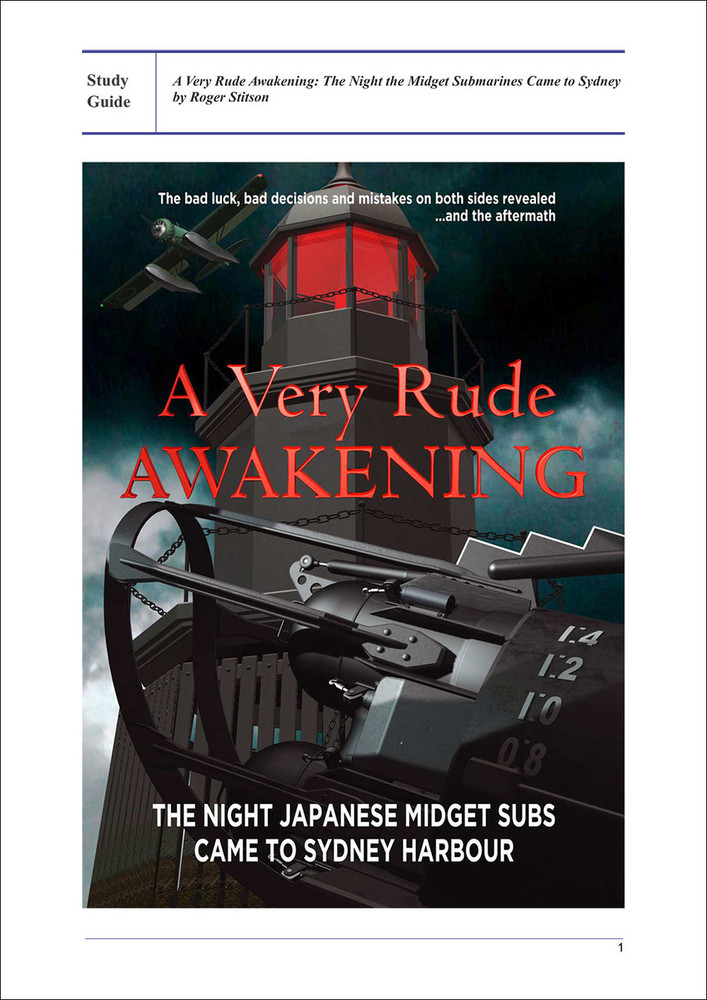 Many readers interested in Australia's World War Two history will already have read and enjoyed Peter Grose's bestselling book, A Very Rude Awakening, on which this unusually engaging documentary is based. Narrated by the author, this technically-rich documentary production of the same title puts to rest all the misinformation that has persisted about that infamous winter Sunday night in 1942. This is a neutral, balanced, critical analysis of what did happen and why anything that could go wrong, did go wrong. We lay bare the crushing bad luck and mistakes experienced by both sides that turned best-laid military plans into an embarrassing failure with tragic loss of life on both sides.

This study guide is mainly aimed at middle and upper secondary school levels, with relevance to History, English, Media and Film Studies. The central relevance is the study of history. Within the Australian Curriculum F-10, the documentary film, A Very Rude Awakening is of relevance to the learning area of Humanities and the Social Sciences, in the History strand at Year 10 level. The main area of study is The Modern World and Australia, and of relevance is Global Conflict in the Twentieth Century. Here, depth studies include World War Two (1939-45). Within this section, the course contains various topics including Japan's imperial ambitions, key events in the Asia-Pacific theatre of war, the experiences of Australians during World War Two, and the impact of World War Two on the Australian home front (the latter topic including censorship).

In the Australian Curriculum at senior secondary level, the documentary film may have some relevance to History, Unit 3: Modern Nations in the 20th Century. Among the relevant choices of study are: USA 1917-1945, Australia 1918-1949, Japan 1931-1967. Each of these looks at their respective involvements in World War Two.

In order to place the events depicted in A Very Rude Awakening into a much broader and longterm, contemporary context of understanding, the Australian Curriculum course of Senior Secondary History, Unit 4, looks at the Modern World Since 1945. Among other topics, this includes Engagement with Asia – the impact of World War Two on Australia and Asia, the political and social impact of the war with Japan, and the increasing regional involvement of the United States of America.

As well, the Australian Curriculum cross-curriculum priority of Asia and Australia's Engagement with Asia, may be of relevance particularly in an examination of Japanese culture, values and belief systems in understanding the events depicted during the film.