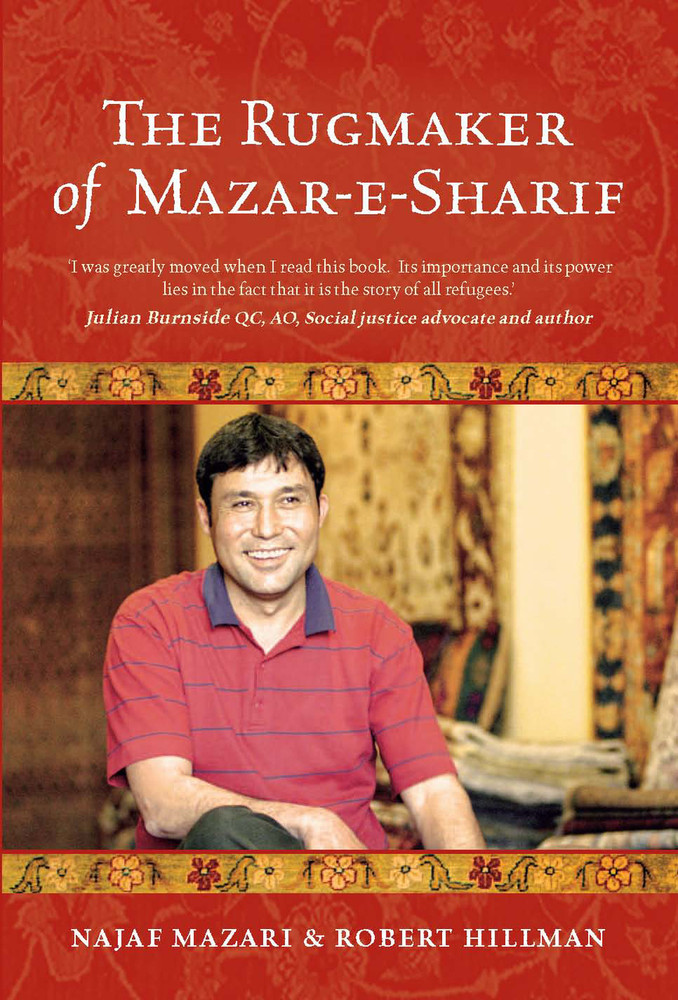 ’I did not know that I could feel this much sorrow without a body to bury.’

The Rugmaker of Mazar-e-Sharif traces an Afghan refugee’s extraordinary journey – from his early life as a shepherd boy in the mountains of northern Afghanistan, to his forced exile after being captured and tortured by the Taliban, to incarceration in an Australian detention centre … and, finally, to freedom.

The Rugmaker of Mazar-e-Sharif was co-written by Afghan refugee Najaf Mazari and Australian writer Robert Hillman.

Testimonials
An extraordinary account of an epic journey to freedom, told with great intelligence, humour, poetry and integrity. Even in his darkest hours of despair, Najaf clings to hope and his deep love of life and people. – Arnold Zable, writer and refugee advocate

This is an extraordinary and beautifully written story of courage, hope, resilience and forgiveness. – Michael Gordon, Senior Editor, The Age

The Future According to Pixar: A WALL-E Study Guide

Rugmaker of Mazar-e-Sharif, The (Text Guide)

Queer Capers: All About E and Lesbian Cinema